Things Get Out Of Hand When This Drummer Is Willing To Try Anything To Impress His Audience! 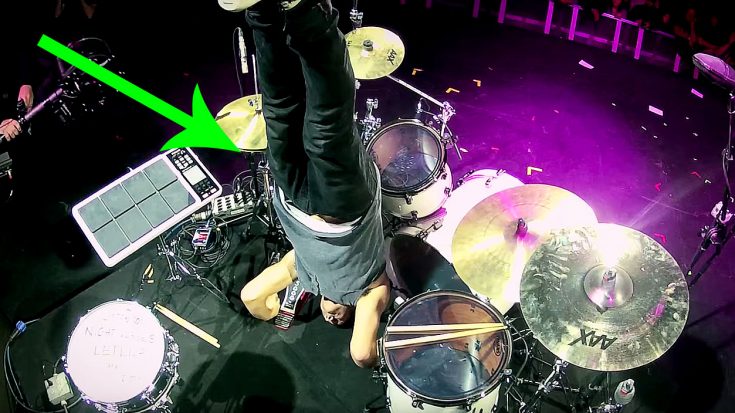 This Guy Is Out Of Control And We Can’t Get Enough Of It!

Almost every rock song has an instrumental break. It’s a chance for the musician to showcase his/her abilities on the particular instrument that he/she is playing. These days it doesn’t even have to be musically engaging to be amazing. just the pure sight of someone laying their instrument with speed, precision, elegance, and flash is enough to warrant said performance awesome. That being said, the bar is constantly being set higher and higher. But that’s a good thing. It keeps every performer sharp and makes for better performances. Case in point, this drummer here.

What you’re about to watch is a video in which a drummer by the name of Aric Improta takes to the stage during the Guitar Center Drum Off Finals and performs a drum solo, but not just any drum solo. This drummer is willing to try literally everything to impress his audience, and it works to perfection! Don’t believe me? See for yourself!