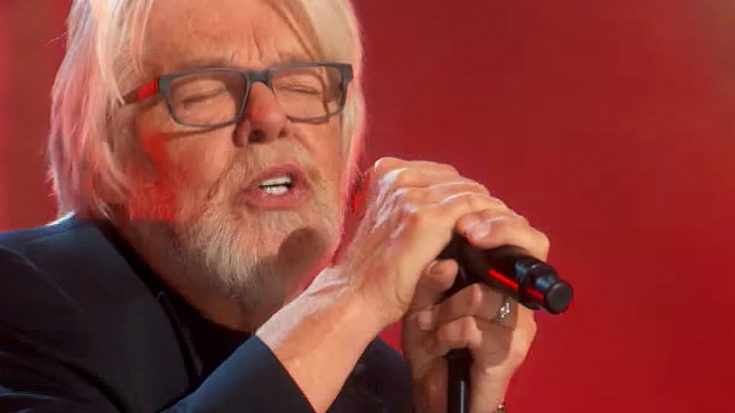 Bob Seger sang the hell out of the Eagles’ “Heartache Tonight”.

In fact, Bob didn’t just sing “Heartache Tonight” – he walked onto the stage at the Kennedy Center Opera House during the Kennedy Center Honors and for the next 2 minutes and 52 seconds proceeded to take the entire audience to church with a soul shaking performance that was so much fun, former Eagle Joe Walsh could only shake his head, smile and clap along while his wife Marjorie Bach gave up on trying to stand still and wound up dancing her heart out.

Fun Fact: “Heartache Tonight” was born during a jam session between Glenn Frey and J. D. Souther. Frey and Souther wrote the first verse while listening to Sam Cooke songs and on a whim called Bob Seger to sing him the verse, only to have Seger blurt out the chorus.

Seger, who co-wrote “Heartache Tonight” with the Eagles for their 1979 album The Long Run and supplied backing vocals for the track, has since remained a close friend of the band and especially Glenn Frey, whose friendship with Seger spanned over 50 years – no wonder he pulled out all the stops that night for a performance big enough to shake the heavens and hopefully reach Glenn.

We’ve always been tremendous fans of Bob Seger, whether it’s “Against the Wind” or “Turn the Page” or any number of classics that have kept us singing and dancing for decades, but his performance of “Heartache Tonight” can only be described as next level – and it’s one that you simply must check out.