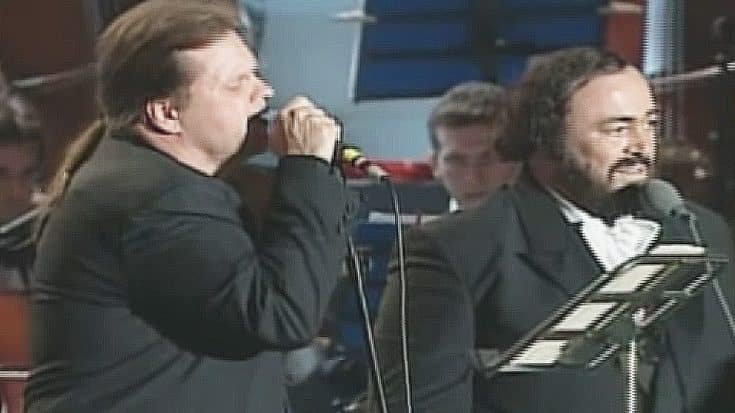 Pavarotti & Friends For The Children Of Bosnia, 1995

The date was September 12, 1995 when legendary operatic tenor Luciano Pavarotti hosted a benefit concert at Parco Novi Sad in Modena, Italy. The proceeds from this concert would go towards Afghan, Angolan and Iraqi refugees as well as building the Pavarotti Music Center in Mostar.

Luciano would not come alone as he would bring in a slew of various singers to accompany him in his many songs as well as Grammy-award winning recording artist Meat Loaf. Both Meat Loaf and Luciano would team up for a breathtaking operatic duet of “Torna a Sorrento”.

Fun fact: Also performing on this night were many other artists such as Bono Vox, The Edge, and Michael Bolton, just to name a few!

As you’ll see in this timeless operatic performance, both Meat Loaf and Luciano are master-singers with awe-inspiring vocal ranges. This audience is stunned silent by this mesmerizing duet and you will be, too. Relive this amazing performance in the video below!