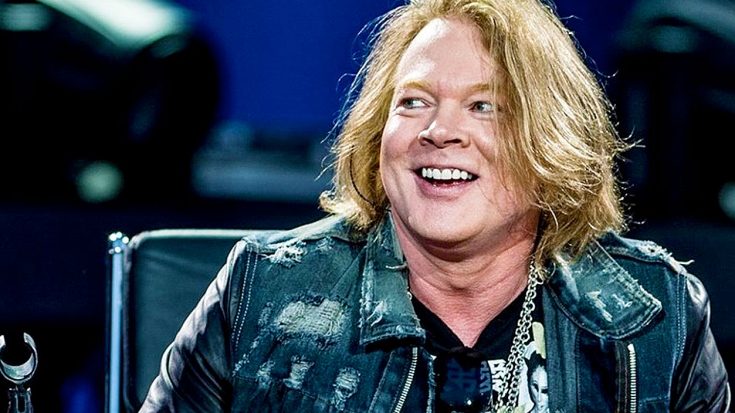 What’s Axl Got Up His Sleeve This Time?

Guns N’ Roses touched down in Sydney, Australia earlier this week for a pair of back to back shows Friday and Saturday night, and it looks like the boys could possibly have a special surprise up their sleeve. When they arrived, Axl and the gang were greeted by a flower arrangement courtesy of AC/DC guitarist Angus Young and his wife Ellen, following an incident on their plane in which the band wasn’t permitted to deboard until ‘airport security’ was allowed to board the plane for a surprise inspection – it was Young in a fluorescent orange vest, personally welcoming the band to Sydney!

I have missed these two, Angus and Ella. AC⚡️DC Family.

According to superfan Andrew Ong – who broke the news of the band’s Australian tour after a conversation with Duff McKagan last year – it’s been reported that Guns N’ Roses have “rehearsed a couple of AC/DC songs (most likely ‘Riff Raff’ and ‘Whole Lotta Rosie’)” as well as Rose Tattoo’s “Nice Boys,” fueling rumors that Angus isn’t just in town for a friendly hello or a visit with his brother Malcolm, but for a special onstage appearance with Guns N’ Roses this weekend.

It’s not too far out of the realm of possibility; last year Angus surprised fans at Coachella when he appeared onstage with the band for AC/DC classics “Riff Raff” and “Whole Lotta Rosie”. Could this also be a nod to future AC/DC plans after months of radio silence from Angus Young regarding the future of AC/DC?