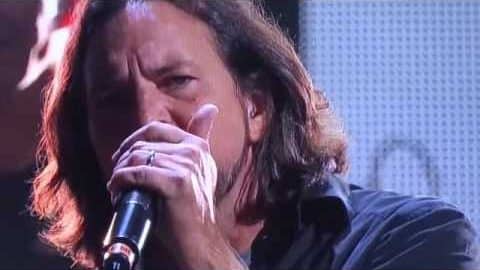 Check It Out – It’s Pretty Epic

On July 24, 2017, Roger Waters surprised fans at the end of his two-night stand at the United Center in Chicago when he brought out Eddie Vedder for a take on Pink Floyd’s classic hit “Comfortably Numb.” This surprise appearance was made more special by the fact that the song was a live staple for Pearl Jam, and Vedder played it several times during his solo gigs.

Waters didn’t even introduce Vedder. After the first chorus, Vedder simply walked unannounced onto the stage and sang the lines originally delivered by David Gilmour. Vedder even played the acoustic guitar.

This wasn’t the first time they teamed up to play “Comfortably Numb”. They previously performed it at the 12:12:12 Hurricane Sandy benefit concert at Madison Square Garden.

“Eddie was absolutely amazing, so that was like a dream come true to have him come and sing ‘Comfortably,’ that was magical,” Waters told CNN following the MSG performance. “I actually think I stopped singing at one point to kiss him, which is weird! That’s very rare that I do anything like that.”