The Wild Stories From The Who’s Career 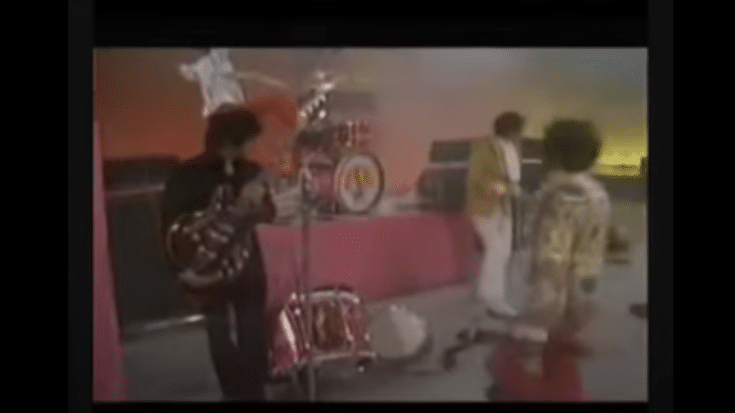 Their Own Brand of Crazy

As far as crazy and wild stories go, The Who could never be outdone. Aside from their loud and aggressive music, they were well known for partying hard. But when they weren’t indulging in booze and drugs, they liked to play pranks for pretty much anyone unlucky enough to be within their vicinity. Drummer Keith Moon may be the most popular prankster among them but bassist John Entwistle was a close second, guitarist Pete Townshend also has his own stories to share. Meanwhile, frontman Roger Daltrey may be tame compared to the other three but he also had his moments of craziness.

5. Keith and John were once suspected of kidnapping someone.

This happened in November 1968 in Newcastle, England. The pair visited a joke shop and bought an inflatable doll. According to John’s previously unseen notes, he wrote: “We buy a pair of blow-up women’s legs and fit with a pair of fishnet stockings. We drive through Newcastle with legs out of the window of the Bentley with Keith making screaming girlie noises. I notice a policewoman on a walkie-talkie.”

“After the show at Paisley Ice Rink, two policemen ask me if I am Mr. John Entwistle, owner of the Bentley. A policewoman has reported a woman in distress,” John continued. “We are escorted to the hotel where Keith has arranged the legs sticking out of the bath with a blanket over a pillow. The police are much relieved after they nervously remove the blanket. We chat to the police, who are now very friendly.”

This was in September 1972 at the five-star George V Hotel. In his suite, John sat down for a late dinner. Manager Bill Curbishley recalled to The Daily Express, “He’d got a napkin tucked into the collar of his shirt and a waiter on hand. The waiter had obviously just decanted a bottle of wine into a carafe. As I was catching up with John, into the room came Moon with 19 margaritas inside him. He lurched up to the table and slurred, ‘Hullo, John’. He put his finger into the pot of mustard and stuffed that in his mouth. Then he took the carafe, shook some pepper into it and threw it down in one shot.”

Keith then removed the plate’s cover and took a bite out of the fillet steak. After which, Keith fell unconscious. Curbishley added, “John removed the room key and marched off to Moon’s room. He opened the door, went into the room, and shut the door again behind him. All that you could hear for the next 20 minutes was smash-crash-bang-smash. Then John came back out, grabbed Moon under his arms and dragged him off to his suite. He threw the key on him and shut the door. John had smashed every single thing in that room… everything – the television, tables and chairs – the lot.”

“About 4am, I got a call from Jim Callaghan,” Curbishley continued. “He told me Moon had woken up and thought he had wrecked his own room in a drunken frenzy. He was worried I was going to kill him… Till the day he died, Moon believed he had smashed that room up. And it all went on his bill.”

3. Keith had piranha for a pet.

For someone as wild as Keith Moon, having a cat or dog for a pet just didn’t seem to suit him. So he went for the next best thing – a piranha. It was in Vancouver when Keith left a piranha in a bath tub full of warm water. When he got back, the water already turned cold and the fish died. Herman’s Hermits drummer Barry Whitwam remembered it differently though, “Keith put the piranha in the bath and ordered a raw steak from room service. He told the waiter to throw the steak in the bath. And the fish choked to death.”

2. Pete kicked an NYPD Officer in the groin.

On May 16, 1969, in New York City, The Who were playing the first of two shows at the Fillmore East. In the middle of their set, a man came up on stage and took the mic from Roger to speak to the audience. Obviously, Pete didn’t like it one bit. He wrote in his memoir Who I Am, “Roger tried to get the microphone back, but the man pushed him away. In the middle of a heavy guitar solo, I ran over to boot his arse with a flying double-kick, but as I approached he turned to face me, and my Doc Martens connected with his balls.

“He doubled up, and a couple of [Fillmore club owner] Bill Graham’s men ran on stage and walked him off. We continued to play. Only later did I discover I had kicked an off-duty officer in the Tactical Police Force, who was trying to clear the theater calmly because a fire had broken out in the store next door.”

One of their most iconic moments caught on camera. The Who already gained the reputation for being explosive live acts, unleashing one sonic assault after another. But at The Smothers Brothers Comedy Hour on September 17, 1967, Keith took it to the next level by packing more explosives into his drum kit – so much more than his usual. So their performance ended with a massive explosion that singed Pete’s hair and even damaged his hearing.