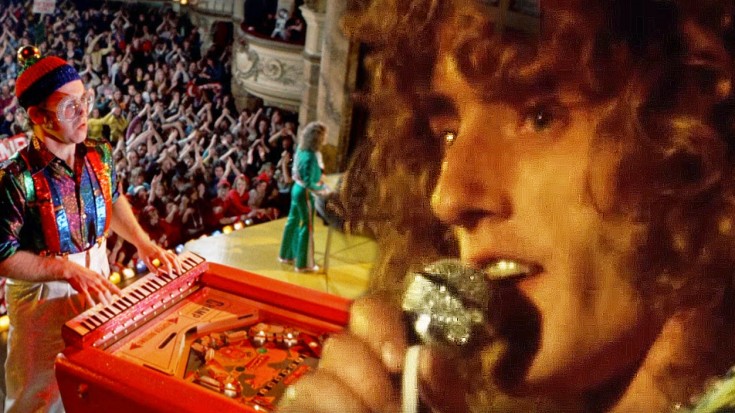 Fresh off the wild success of their 1969 appearance at Woodstock, British rockers The Who were one year and three months into their Tommy tour when they played their second engagement at the Isle of Wight Festival. They kicked off the festival at 2:00am on August 29th before a crowd of 600,000 people, and their iconic performance included a rowdy rendition of ‘Pinball Wizard’ that shook the crowd to its very core!

Fun Fact: Isle Of Wight’s 1970 unexpected crowd turnout of 600,000 resulted in legislation that prevented concerts on the island from having more than 5,000 people gathered without a special permit.

In this performance, frontman Roger Daltrey is unstoppable; having already had practice entertaining a crowd of that size, he’s never been more at home as he tells the tale of the deaf, dumb, and blind kid that sure played a mean pinball. Flanked by the talents of John Entwistle, Pete Townshend and Keith Moon, Daltrey’s the best he’s ever been and eventually it becomes hard to tell who’s having more fun: The Who or their 600,000 fans!