The Who Perform ‘Tattoo’ For The First Time Since 2008 – Watch 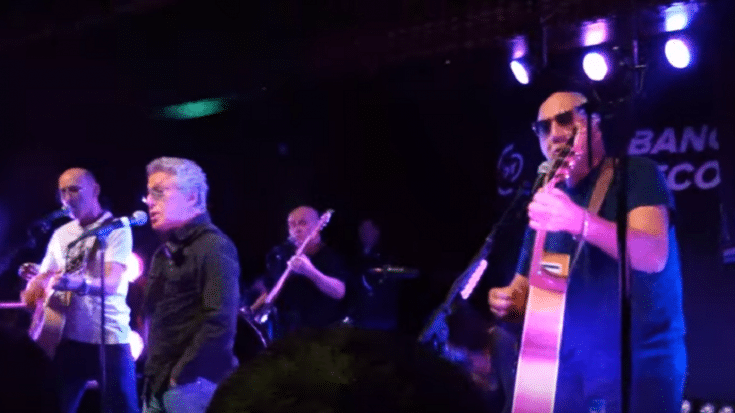 After Over A Decade

At a special acoustic show in London to celebrate the 50th anniversary of “Live at Leeds,” The Who dusted off a deep cut from their 1967 album The Who Sell Out. Playing in a small and intimate venue at PRYZM nightclub on Friday, February 14, their ten-song set is quite similar to that from their February 12 show but they added a little something – “Tattoo” which they last performed in 2008.

The track was also included in their set at The Refectory, University of Leeds, Leeds, England in 1970.

Guitarist Pete Townshend told the audience before launching into the track, “My wife has tattoos of dogs and fairies and various things. The other day, she said ‘my back aches’ [and I was like] ‘there’s a fucking tattoo!’ I hadn’t seen. That shows how often we have sex. Anyway, apparently we’re playing ‘Tattoo.'”

Earlier that week, The Who also performed two songs from their latest album Who – “Break the News” and “She Rocked My World.”

Speaking about “Live at Leeds,” Daltrey told Classic Rock: “It was our playing peak, that came out of playing Tommy in its entirety on stage – or almost in its entirety. Talk about a sixteen-round boxing match. New things were happening at just about every gig.”