The Top 13 Actors Who Would Play Your Favorite Rockstars Perfectly! 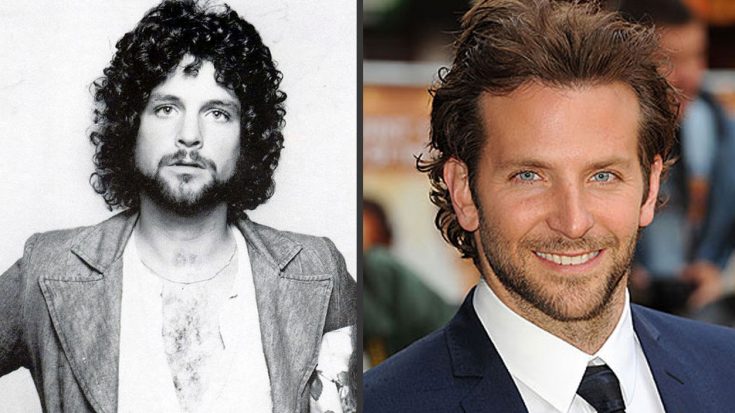 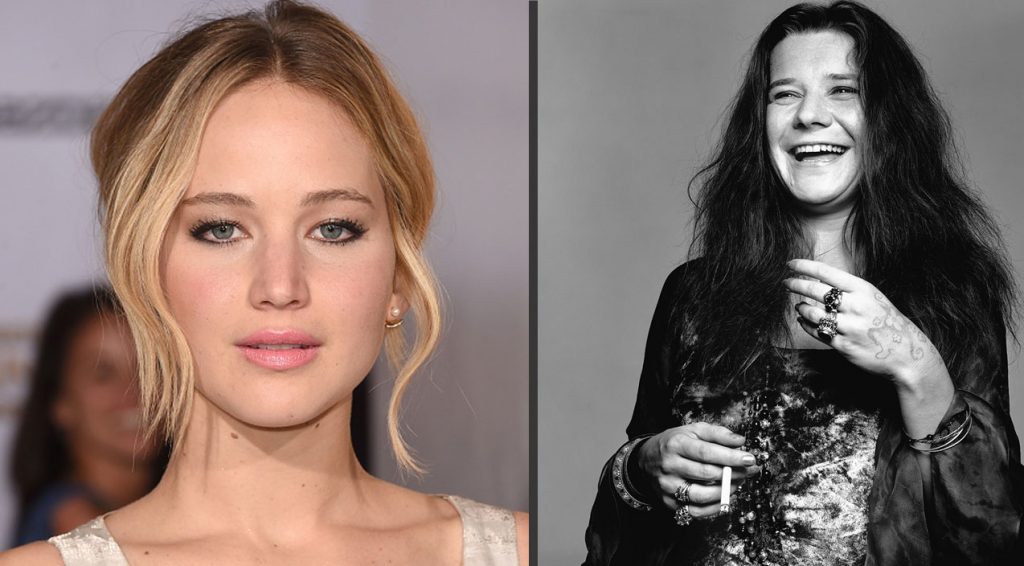 Jennifer Lawrence has proven time after time that she well suited for any role that Hollywood may throw at her. She is an Academy Award winning actress with talent and a lovableness like no other. The question is can she pull the lead role in a Janis Joplin film? The answer is yes! Jennifer Lawrence is more that capable of going from the stunning Hollywood type blonde super-model to the rugged down to earth, lovable personality that is Janis Joplin. She was born to play Janis Joplin! 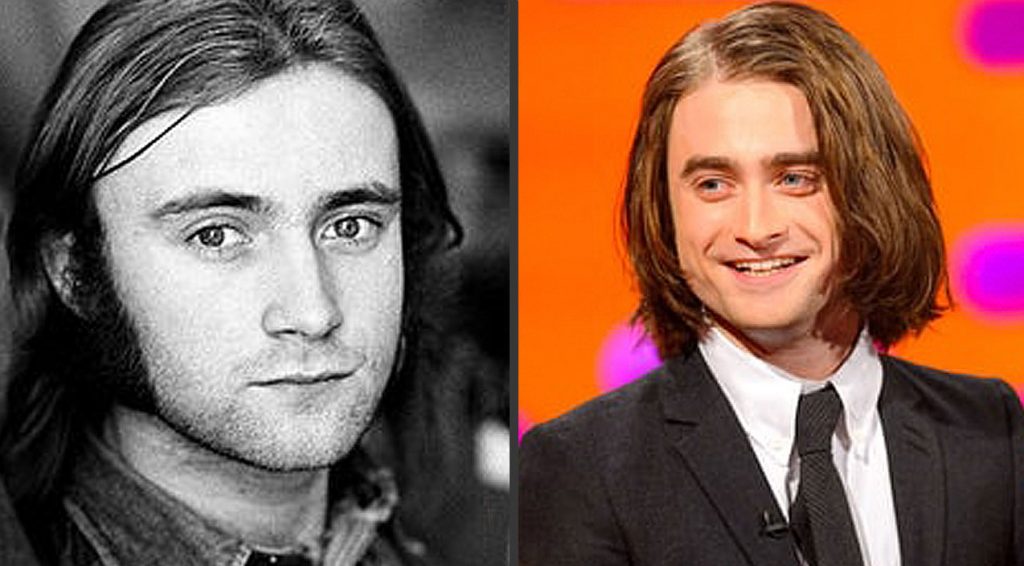 You may know his best as Harry Potter, but Daniel Radcliffe is no one-trick pony. The actor has demonstrated his rather impressive versatility on the big screen, and with that accolade, he is perfect for the role of playing Phil Collins. Not only do the two look exactly the same, but if there’s anybody that can pull off the charm and mystique of Phil Collins. Plus, let’s face it, is there really any other choice? You hear that Hollywood? When you inevitably make this film happen. This is your guy!

#11 – Will Poulter as James Hetfield 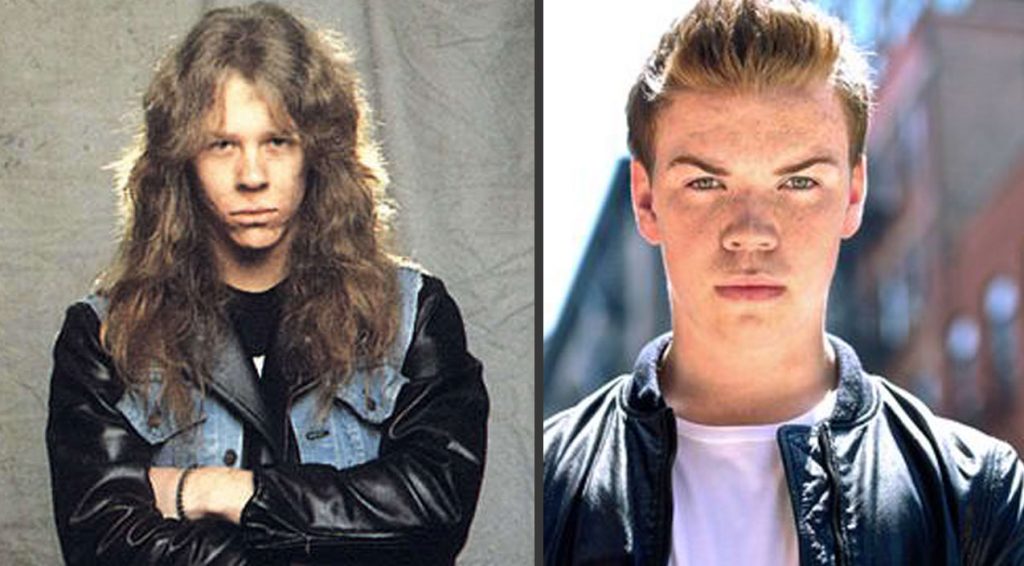 Now this one was a bit tricky. James Hetfield of Metallica is a rather unique individual. His look, his voice, his mannerisms, and his very presence are all unmatched, but personally, there is nothing more I’d love to see than a Metallica biopic, and who should play the aforementioned James Hetfield? Well, that’d be none other than Will Poulter. He’s actor with all the potential in the world who can capture both the fun-loving side of James Hetfield and the short tempered side of him. Fun fact: Will Poulter was initially considered to reprise to role of Pennywise The Dancing Clown in the remake of Stephen King’s It! 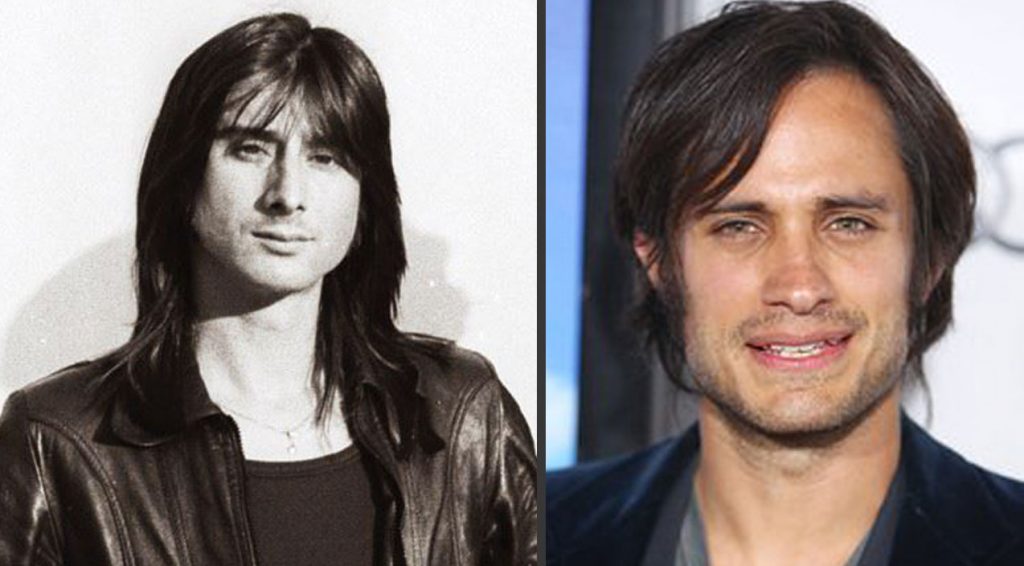 This was also a tricky one. Mainly just because of the way Steve Perry looks. He is a handsome guy, don’t get me wrong, but he’s also very unique in his facial features. After extensive research, I came across an actor by the name of Gael Garcia Bernal. This is an actor who has won a metric crap-ton of film awards and is proving to be one of Hollywood’s next great acting giants. Steve Perry would definitely be a challenging character to take on, but if there’s anyone up to the task, it’s Gael Garcia Bernal! 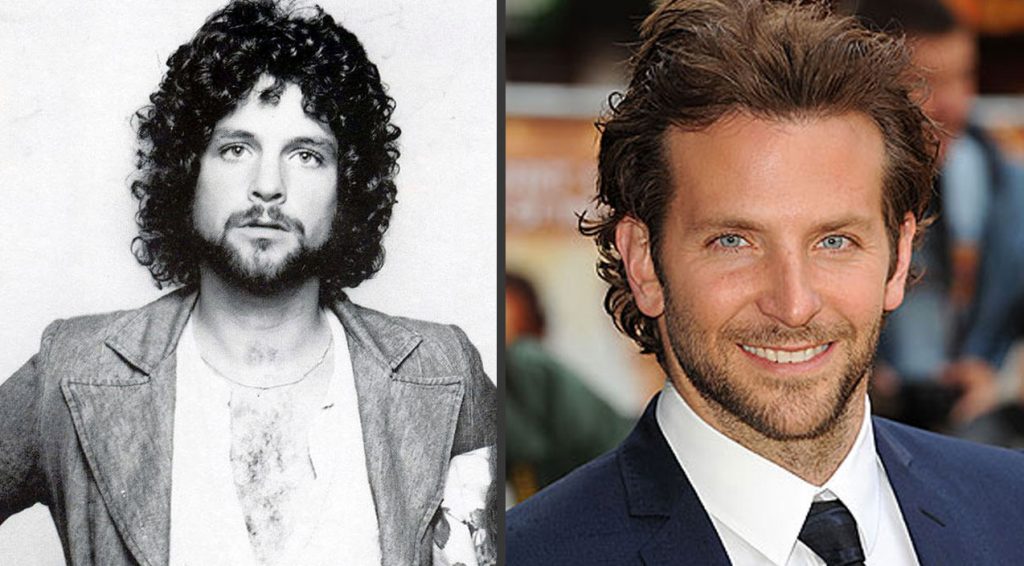 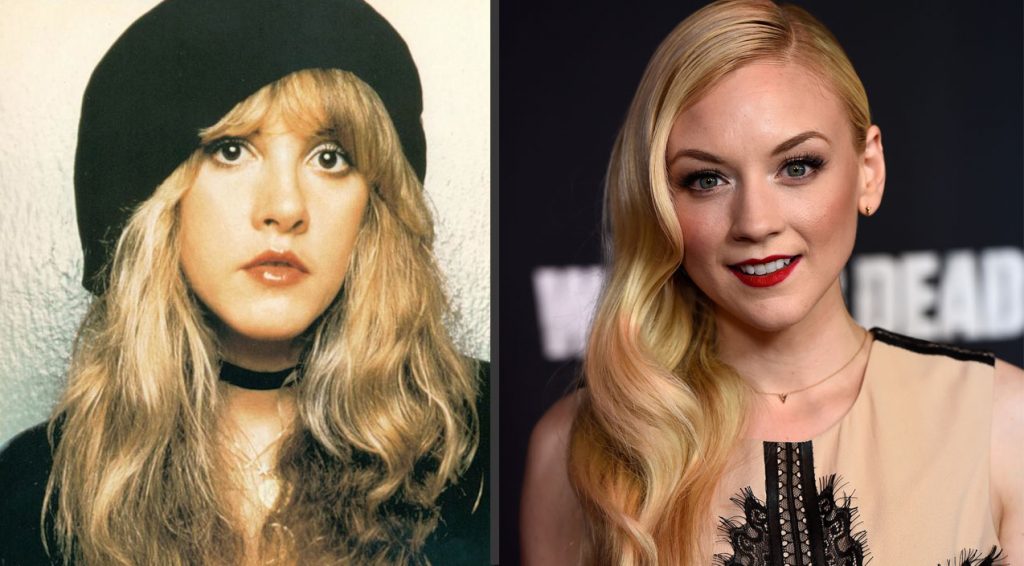 Now I’m not gonna say that these two are completely identical, but as far as someone being able to pull a once in a lifetime performance, Emily Kinney is your girl! This beautiful young lady start her rise to superstardom on the hit TV show The Walking Dead. On that show she quickly became one of the most sweet and charming characters in the entire series. Not only is she a great actress, she is also a phenomenal singer, as well. This makes her the perfect candidate to play the iconic Stevie Nicks. And as an added bonus, as for the previous entry, you can just imagine how good the chemistry between Bradley Cooper as Lindsey Buckingham and Emily Kinney as Stevie Nicks would be… 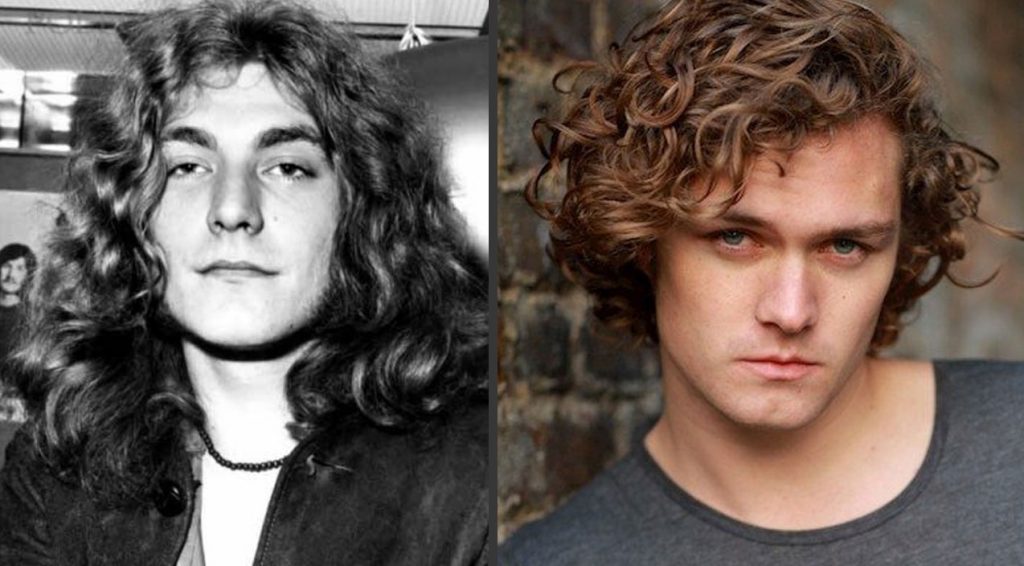 Robert Plant is truly one of the most important people in all of rock and roll. At probably the earliest age of hard rock Robert Plant had the look, the persona, the charisma, and most importantly the voice to completely change the name of the game forever. If there’s anybody or any band for that matter that deserves a biopic it would be Robert Plant and Led Zeppelin. As for who would play the rock legend, well, it seems pretty obvious to me. That would be the great young actor named Finn Jones. He is already a credible actor in his own right, but all he would need is an iconic portrayal of the rock icon known as Robert Plant to cement his acting legacy! 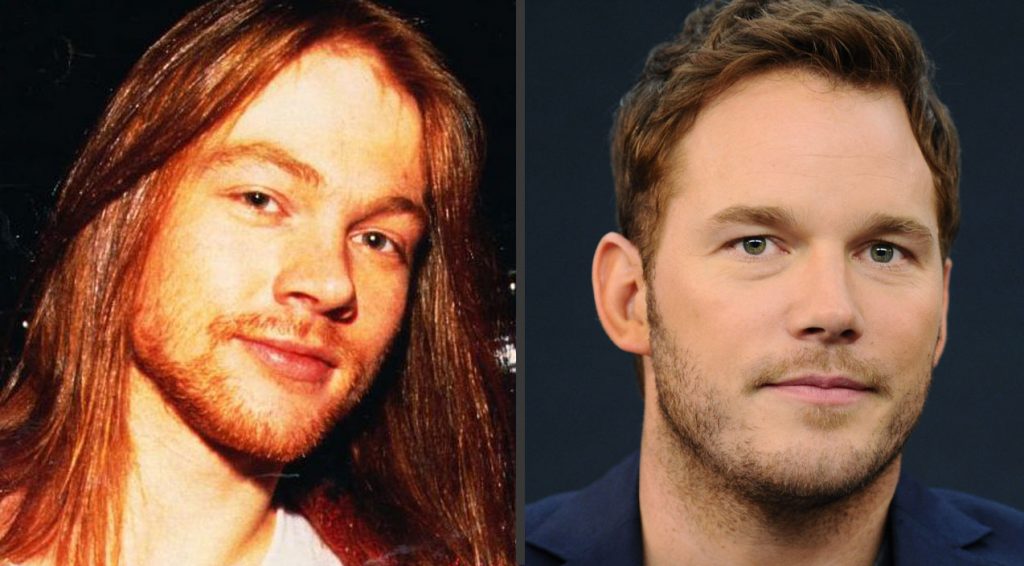 Look, I can already hear you typing away at your keyboards saying how much of an idiot I am, but just hear me out… Axl Rose is quite a complicated character in of himself. And actor Chris Pratt may not seem like a very versatile actor, but we’d be wrong in assuming so. Though we may only associate Chris Pratt with superhero movies nowadays, we as viewers aren’t giving Chris Pratt enough credit for his ability to act on the big screen. Who’s to say that he could essentially become Axl Rose with ease? He has the look, the energy, and the versatility. He’s the right choice! 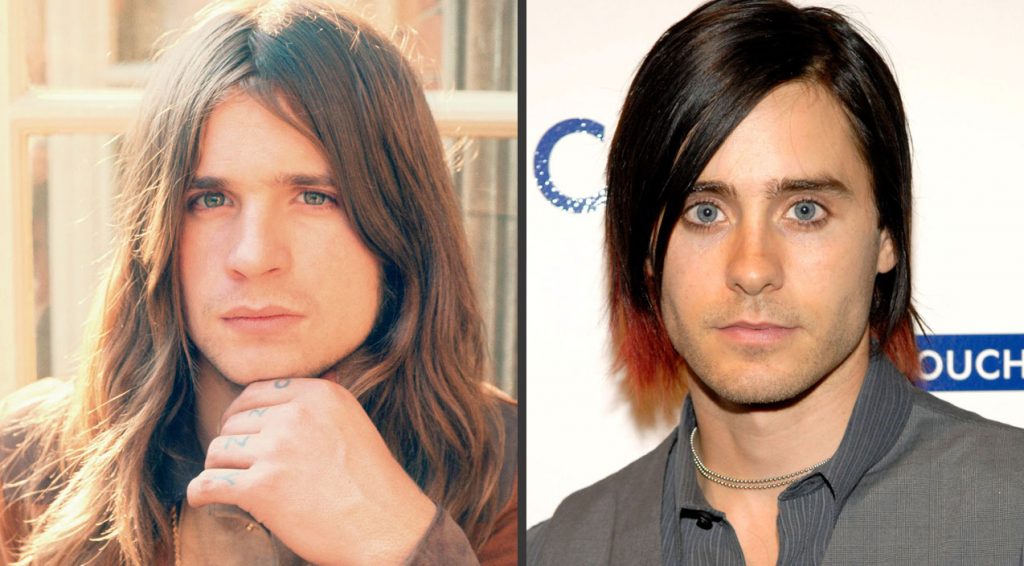 In my opinion, Ozzy Osbourne would probably be the most difficult character to portray. So with that in mind, we’d have to get a REALLY good actor to play him on the big screen, and who better than The Joker himself, the academy award winning actor Jared Leto. Jared Leto is a method actor and specializes in getting extremely immersed in the role of whichever character he sets out to play. He’s the man who played Mark David Chapman. He played a cross-dresser. Hell, he played The Joker, which no one thought was possible! And if you think about it, we can rest assured that Ozzy Osbourne would approve of this casting choice! 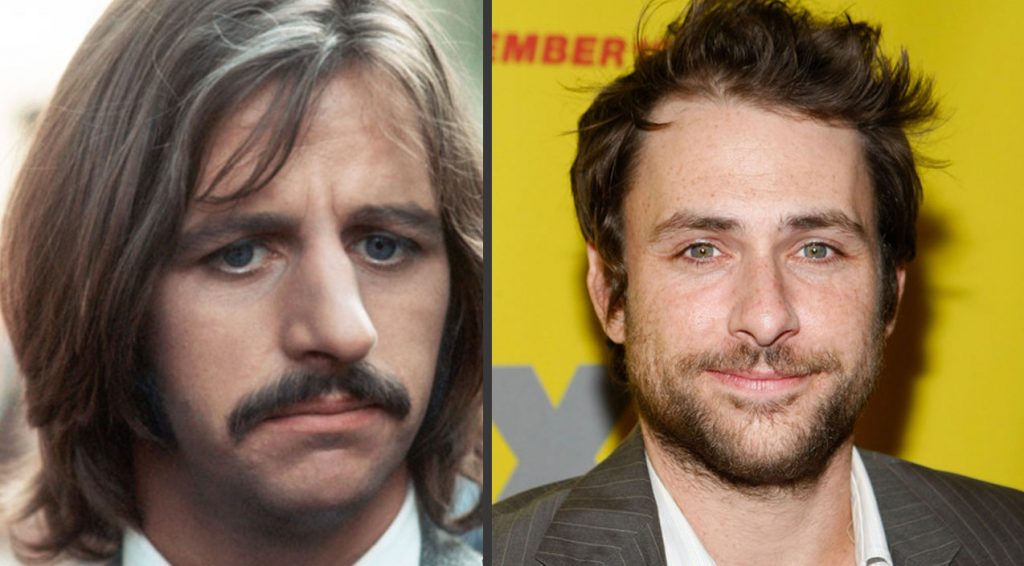 Can you think of a scenario where you get the most lovable actor in the world to play the most lovable musician in the world? I can. That scenario would be actor Charlie Day playing Ringo Starr. Not only do these two look alike, but they share the same comical value and utter joyful expressionism. Charlie Day is truly one of the most underrated actor in Hollywood today. Most people see him as the goofy lovable character on It’s Always Sunny In Philadelphia, but people don’t always see just how well he pulls off that character. His acting chops are perfect for the role of Ringo Starr. So you hear that Hollywood? Make it happen! 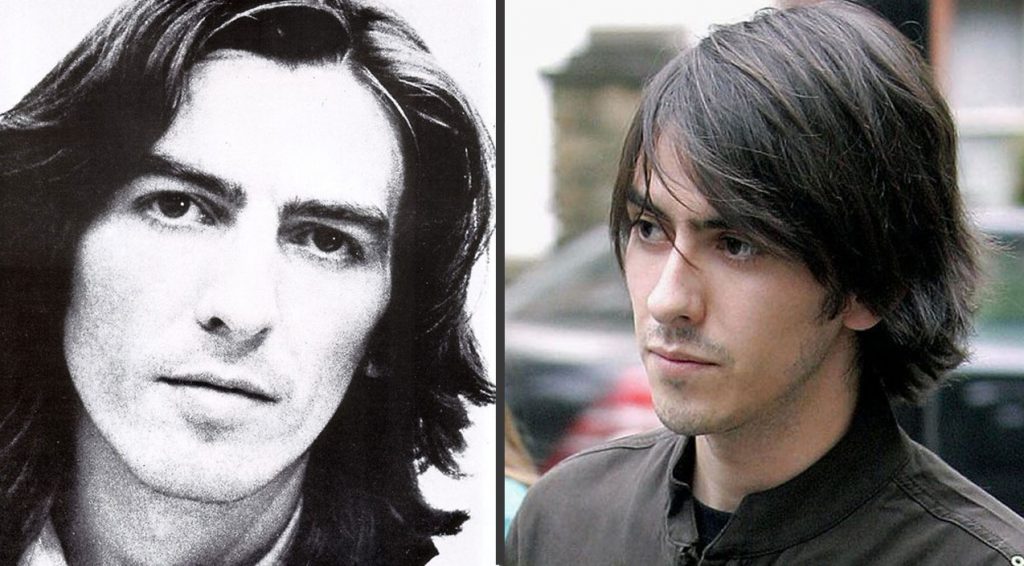 Now, I’m not gonna lie, this is a bit of a stretch, but for God’s sake look how similar they look! They’re basically twins! Dhani Harrison, like his father is a guitarist/singer. He looks just like him. And most importantly he acts like him too! Now, I can’t say I’ve ever seen the guy in an acting role, but if Dhani were to maybe take acting lesson (if he even needs them) and agree to the task, he would be perfect to portray his father George Harrison in a Beatles biopic of some sorts! 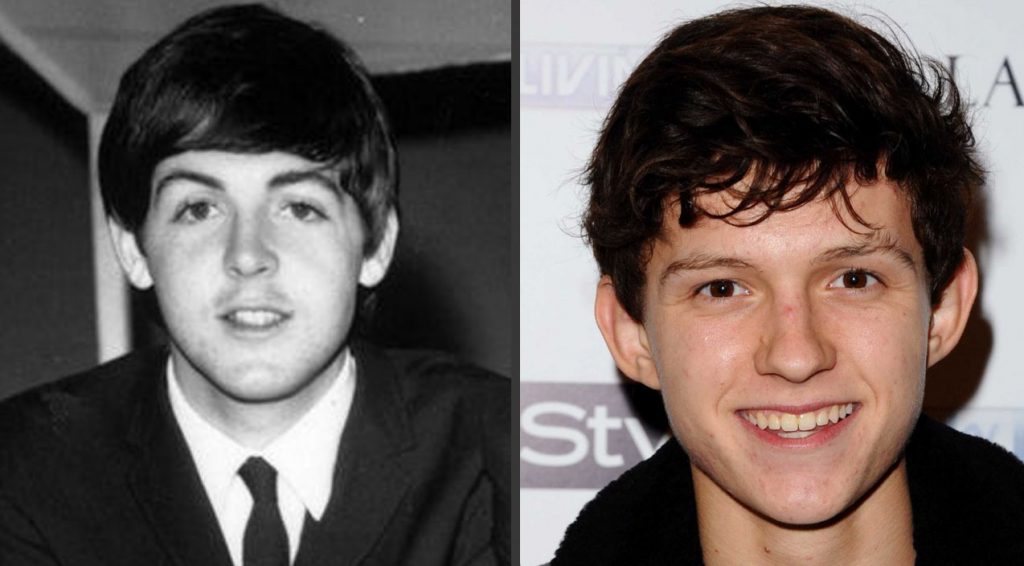 Now before you completely dismiss the idea of Tom Holland playing Paul McCartney, hear me out. When we first heard the news that Tom Holland was going to be the new Spiderman we all were rather skeptical. Come to find out that he is arguably one of the greatest actors to ever play the iconic superhero. So why shouldn’t be able to recapture that same magic by portraying the legendary Paul McCartney!?! Sure he’s rather young, but so were The Beatles When they first started, so if you think about it, he’s literally perfect! 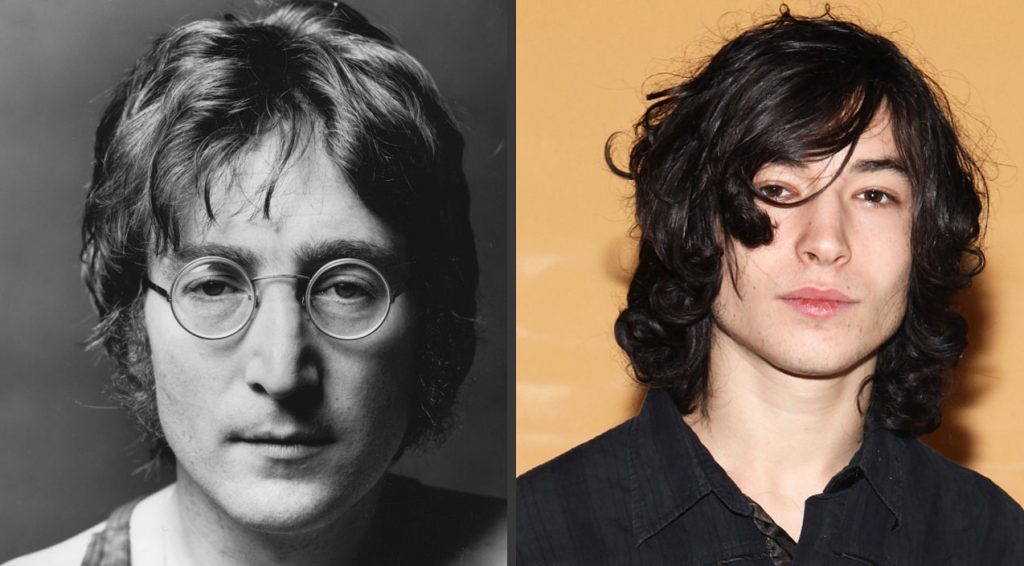 Yes, I’m petitioning for a Beatles biopic here. Our last entry, but certainly not least is the late great John Lennon. While you may think John Lennon would be a complex character to embody on the big screen, I’d be willing to wager that he’d be one of the more easier one, but nevertheless, we would need an astounding actor to play him, and my choice is Ezra Miller. This is an actor who may not always get the recognition he deserves, but he not only looks the part, but has proven that he can handle the task of becoming any character Hollywood needs him to be, and in what could be his biggest role yet, Hollywood needs to cast Ezra Miller as John Lennon!