The Story Of “Your Wildest Dreams” By The Moody Blues 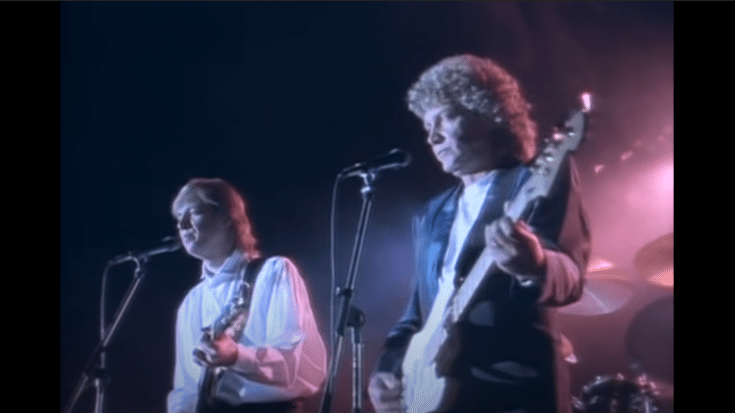 It’s “About Somebody In Particular”

“Your Wildest Dreams” is a single from The Moody Blues’ 1986 LP “The Other Side of Life.” It was written by Justin Hayward – the band’s lead singer, lead guitarist, and primary songwriter. It peaked at #9 on the US Billboard Hot 100 and its accompanying music video which starred actress Janet Spencer-Turner was on heavy rotation on MTV.

“Your Wildest Dreams” gives off that nostalgic vibes as it’s about the one that got away. In an interview with SongFacts, Hayward admitted that it’s about an actual person but didn’t reveal anything else.

He said, “It was about somebody in particular. And I found with “Wildest Dreams” that it was a common experience for a lot of people. I never thought this; I thought I was writing a frivolous sort of song. Certainly with “Wildest Dreams.” Not with “I Know You’re Out There Somewhere,” because I knew by then. But I thought “Wildest Dreams” would be a throwaway thing that people wouldn’t really take much notice of lyrically. But I found out that it was a common experience and desire by a lot of people. So that was very revealing.”

He added, “And my advice to anybody who wants to go back is that you can never go home. And best to leave the past as the past.”

The Moody Blues were huge on incorporating Mellotron into their music. A few years before the release of “Your Wildest Dreams,” Hayward found himself fascinated with synthesizers and so he began experimenting with them.

Hayward told SongFacts, “I discovered the DX7 when that came out and it changed my life. And I still use a DX7. Most of “Wildest Dreams” – 90% of it – is Tony Visconti, my DX7, and a guitar synth. The piece at the beginning of “Wildest Dreams” that sounds like a sort of Theremin, a (humming) “oooo ooo,” that’s a guitar synth. All of that is. So it was just another way of exploring musical avenues. Tony Visconti was very much into that and the first person who really turned the band on to programming in a serious way. And he was very, very good at it, so I enjoyed every moment of that.

American producer Tony Visconti is best known for his work with David Bowie.