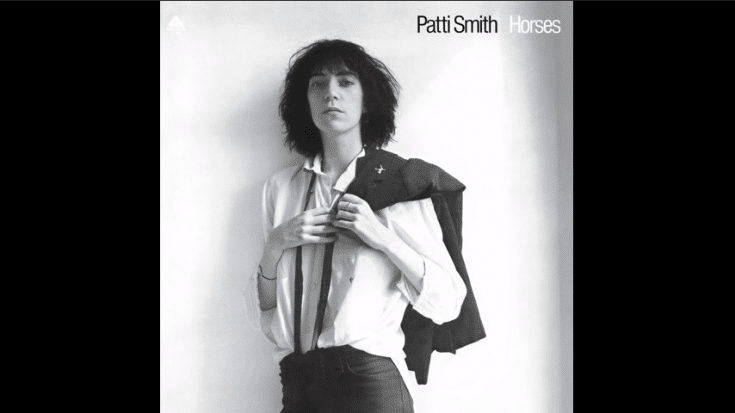 Of Poetry and Power

Rock exploded in the early 1970s. It wasn’t just the music you play in clubs or other small venues. It was the genre that brought together thousands of fans. And the lifestyle that comes with being a rockstar was paraded in front of the whole world – whether it’s flying on a private jet, accumulating an unbelievable bill from trashing rooms and entire hotel floors, or the seemingly-unlimited amount of expensive drugs.

At the time, almost everyone wanted to be a rockstar – some because of the music but for others, it’s for the perks that go with it.

And so while it was considered as the golden era with classic hits and landmark albums being churned out left and right, there was a piece of a puzzle that’s missing. There were artists who became too obsessed with production, studio techniques, and making the perfect record.

There were very few who made music just because it was the thing they were most passionate about.

And enter Patti Smith who was fast becoming a popular poet before she made her debut in the rock ‘n roll scene. She told Mojo magazine, “I didn’t feel I was embarking on a career. The main mission in Horses was that rock’n’roll in 1974, at least in America, was going through a difficult transition. The ’60s was like the Renaissance. You had Hendrix and Morrison and Lennon and Neil Young and Grace Slick and Janis Joplin and the Stones, The Animals, you can go on and on, all the great R&B artists. And then many people died, and the culture was shifting into opulence and decadence.”

Smith had one of the most stunning debuts with her musical masterpiece, “Horses”. With the LP’s release, rock was once again about rebellion, defiance, and freedom. But more than that, Smith single-handedly broke down gender roles with the record. From the cover photo to the songs themselves, she proved over and over again that she could never be confined in a box.

She made a statement – a powerful one at that.

She explained to Mojo, “I was young, but I felt our cultural voice was in jeopardy and needed an infusion of new people and ideas. I didn’t feel like I was the one, I didn’t consider myself a musician in any way, but I was a poet and a performer, and I did feel that I understood where we were at, what we’d been given and where we should go, and if I could voice it, perhaps it could inspire the next generation.”

She then concluded, “I did Horses as a bridge, a touchstone, for the future, and if that sounds presumptuous, what’s more presumptuous than youth?”

Patti Smith didn’t just become an influential figure in the punk scene but with her music, she helped lay down the foundation of alt-rock. Her influence and impact on the next generation of rockers cannot be stated enough.