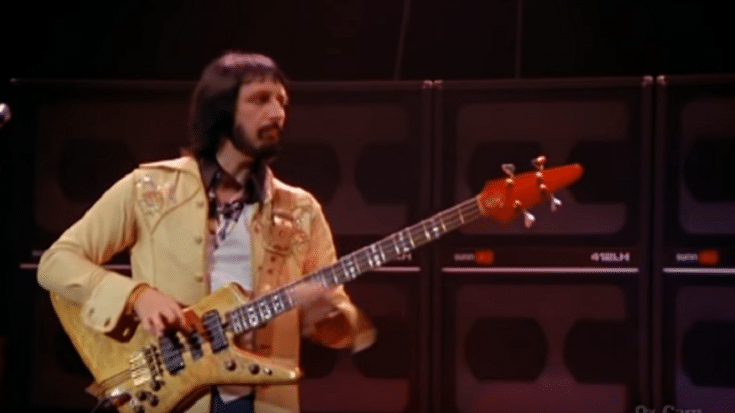 In previously unpublished notes by late The Who bassist John Entwistle, he revealed that he and drummer Keith Moon were once brought in for questioning by the police, thinking that the pair kidnapped a woman. Moon used to go over-the-top with his pranks (he enjoyed giving bogus public service announcements in small villages and even dressed in costume while out in public) and this one’s no different.

They drove around Newcastle in Moon’s Bentley with a pair of inflatable legs complete with fishnet stockings sticking out the window of the car.

As if that wasn’t enough, Moon kept on “screaming girlie noises.”

Following their concert, officers dropped by to interview them. Entwistle wrote (via Daily Star), “After the show at Paisley Ice Rink, two policemen ask me if I am Mr John Entwistle, owner of the Bentley. A policewoman has reported a woman in distress. We are escorted to the hotel where Keith has arranged the legs sticking out of the bath with a blanket over a pillow. The police are much relieved after they nervously remove the blanket. We chat to the police who are now very friendly.”