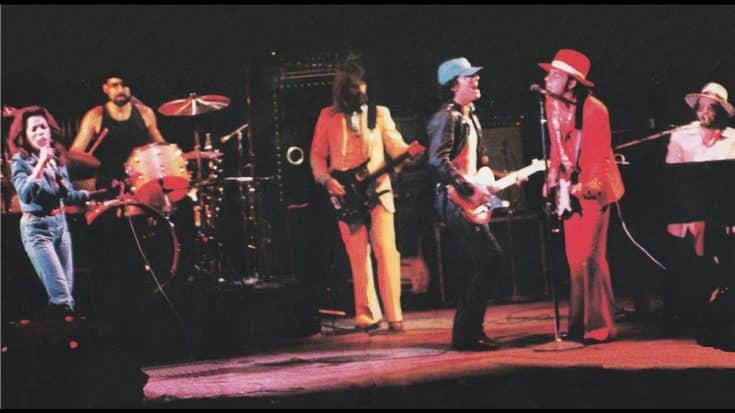 The late and great Ronnie Spector made a lot of amazing contribution to music history. May it be with her trio The Ronettes, solo career, or collaborations with other artists. One of them is the E Street Band, which Spector played a very important part.

In 1977, Spector recorded a single with the E Street Band, including a cover of Billy Joel’s “Say Goodbye to Hollywood.” It was during a critical time for the band as Bruce Springsteen was caught up in a nasty lawsuit with his ex-manager, Mike Appel. At that time, Springsteen was running out of money to pay the members of the E Street Band and it kept them prevented from recording.

Guitarist Steve Van Zandt recalls in his book Unrequited Infatuations, at least three members of the band who had other options as session musicians voted to split. But Van Zandt convinced his bandmates to stay, then record exec Steve Popovich, came up with a perfect solution, which involved a temporary new frontwoman for the E Street Band: Ronnie Spector.

Spector came along and kept the band intact. As Van Zandt recalled, the group was paid double scale for the session, which helped get them through a rough financial patch prior to the release of Darkness on the Edge of Town.

“We all fell in love with that voice,” Van Zandt said. “That combination of innocence and a little bit of sensuality and sexuality.” But when she began recording Billy Joel’s “Say Goodbye to Hollywood” the band noticed something was wrong.

“At a certain point, we realized that she had changed the vibrato of her voice,” the guitarist recalled. “She changed her style a bit in the off years and so we just kind of reminded her, ‘There’s this thing you do, this really cool sexy vibrato thing.’ And then we got the take.”

The single has an interesting place in the band’s history since it’s the first time the E Street Band was credited as such on a record.

“It should have been a hit, that thing,” Van Zandt said. “We had her back onstage, and she stayed there for the next 45 years. Professionally, what an honor to produce her. And it was a very, very critical moment.”