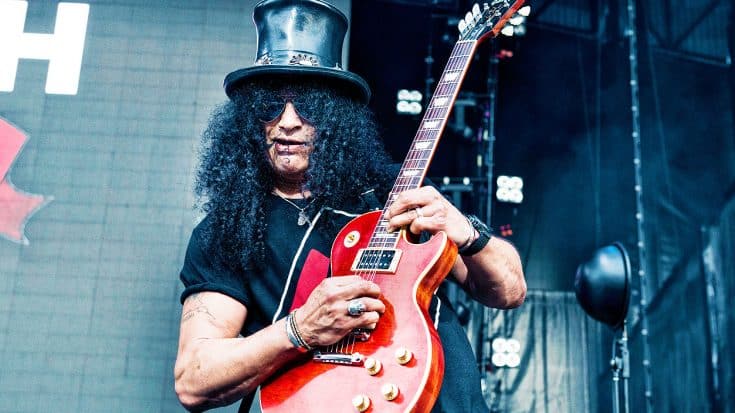 Slash has released another new song “Call Off the Dogs” from his upcoming album 4 with Myles Kennedy and The Conspirators.

4 is set to release on February 11 and serves as Slash’s fourth album with Myles Kennedy and the Conspirators. Prior to “Call Off the Dogs” they previously dropped “The River Is Rising” and “Fill My World” which was inspired by Kennedy’s pet dog Mozart, a Shih Tzu.

Sharing a teaser clip ahead of the releasing of “Fill My World”, Slash can be heard saying,

“This was the first time that we actually did all the guitars, bass and drums live at the same time, and kept all those tracks. And we also did the vocals live as well. So, the record just sounds like the band playing the songs that we came in with, but it’s us playing in the moment. And that’s what we were going for.”

Kennedy added on the album,

“This one’s pretty much a live record, from my standpoint. You’re just trying to kind of document where you are at that point in life and do it in an authentic way.”

Slash said on “Call Off The Dogs”,

“This one was written pretty much on the fly, and in the spirit of the energy of the whole album 4. You can’t overthink something like this song, because it kills the spirit. When we got into pre-production, ‘Call Off The Dogs’ came together fairly quickly – just jam it and that’s basically it. And it was probably the last thing that we recorded in the studio.”

“‘Call Off The Dogs’ has that up-tempo vibe that helps elevate a record in a lot of ways, especially for rock fans. They want those songs. We needed a chorus section for it, so I messed with it a bit and sent it to Slash, and he took it to the next level and made it his own. Lyrically, it’s about that point where you wave the white flag and give in to someone after being pursued relentlessly.”

Since summer of 2019, Slash, Myles Kennedy and The Conspirators will embark on their first tour a few days before the album’s release on Feb. 8 with a set of North American stops that will take them through the end of March.