The Story Behind “Great Balls Of Fire” By Jerry Lee Lewis 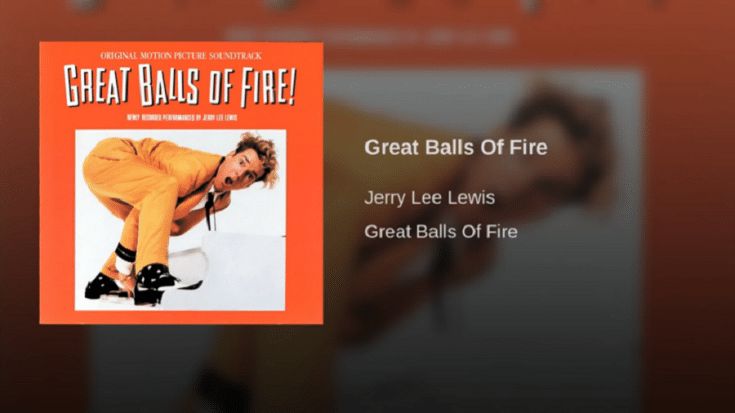 One of the world’s best-selling singles of all time, Jerry Lee Lewis struck gold with “Great Balls of Fire” which he released on November 11, 1957 and was featured in the 1957 rock ‘n roll film “Jamboree”. It was an instant success, selling one million copies in its first ten days.

Written by Otis Blackwell and Jack Hammer, there’s plenty of sexual innuendo and since Lewis grew up in a religious household and from a Christian background, he was hesitant to record this. Sun Records owner Sam Phillips tried convincing him to go ahead and basically pleaded with him to just sing it. They argued back and forth with Phillips saying, “You can save souls!” and Lewis responding with: “How can the devil save souls?…I got the devil in me!”

Lewis eventually relented and not only did he get comfortable singing the lyrics but even found the energy and enthusiasm to match the song.

This classic hit, in turn, has influenced countless musicians like Eric Clapton who shared: “I remember the first Rock & Roll I ever saw on TV was Jerry Lee Lewis doing ‘Great Balls of Fire.’ That threw me – it was like seeing someone from outer space.”

It has been featured in several movies including “Top Gun”.