The Story Behind ‘A Man Needs A Maid’ By Neil Young 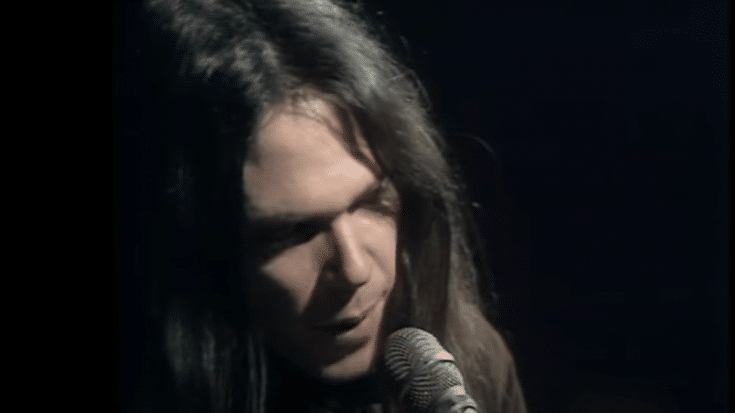 “A Man Needs a Maid” is from Neil Young’s 1972 album “Harvest.” It’s one of the two tracks on the LP where he’s joined by the London Symphony Orchestra. He recorded it with them at Barking Town Hall in London.

He wrote this about his then-girlfriend, actress Carrie Snodgress – she’s referenced on the lines “I fell in love with the actress.
She was playing a part that I could understan.”

Although it has a haunting melody, the lyrics became controversial because of its alleged chauvinism. However, Young knew he’d be criticized early on because during a performance at the Boston Music Hall on January 21, 1971 which was a year before its release, Young introduced the song by saying: “This is another new song. It’s called “A Man Needs a Maid.” It’s kind of a . . . it doesn’t really mean what it says. It’s just the idea that anyone would think enough to say something like that would show that something else was happening. [short laugh] So don’t take it personally when I say it. I don’t really want a maid.”

So yes, he meant no disrespect to women because it was loosely based on the English folklore heroine Maid Marian who was Robin Hood’s lover. The lyrics also played on the narrator’s insecurity about trying to settle for less to spare himself from heartbreak. Instead of an actual relationship, he goes for “someone to keep my house clean / Fix my meals and go away”.

Jack Nitzsche produced “A Man Needs A Maid” and interestingly, he dated Snodgress a few years after she broke up with Young. But Nitzsche was sentenced in 1979 after he beat her using a handgun.