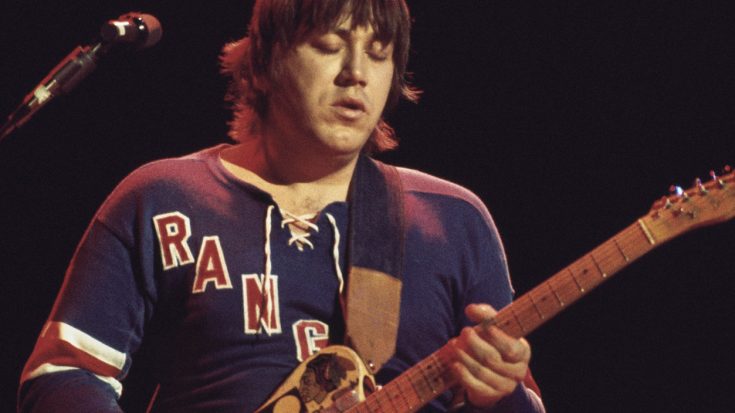 Featured on Chicago’s seventh studio album (and eighth album overall) Chicago VIII, Terry Kath’s dreamy, expansive “Oh, Thank You Great Spirit” is nothing if not a fitting love letter to Jimi Hendrix, who died five years before the song’s birth and who is said to have considered Kath his favorite guitarist. The admiration went both ways, to be sure; “Oh, Thank You Great Spirit” saw Kath actually channel Hendrix, employing the same far away, spaced out vocals and psychedelic guitars we remember hearing on classics like “Burning of the Midnight Lamp” while still working in that gorgeous, soul tinged Chicago sound.

Fun Fact: Kath has been praised for his guitar skills and described by rock author Corbin Reiff as “one of the most criminally underrated guitarists to have ever set finger to fretboard.”

The party really starts, however, when at around 4:50 Terry launches into what is to be about a 2 minute guitar solo, leading his bandmates on a psychedelic wild goose chase of an extended jam highlighted by bongos and a strong, steady bass line that for a minute calls to mind that really early Santana sound a la Woodstock. As far as tributes go, “Oh, Thank You Great Spirit” is a tribute fit for a king and something tells us that wherever Jimi is, we’re sure he definitely got a kick out of it. Enjoy!