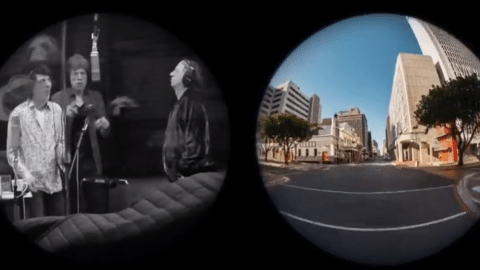 They’re Putting Together A Couple of Songs

While most of the music industry is at a near-complete standstill because of the pandemic, The Rolling Stones still managed to keep themselves busy while on lockdown. They were supposed to continue touring this year but the dates have been postponed. Still, they released a new single titled “Living in a Ghost Town” which reflected the times and also marked their first original material since 2012.

Guitarist Keith Richards told Rolling Stone, “We had it in the can. I spoke to Mick around March. I said, ‘Hey man, if there’s a time to put this one out, it’s now, you know.'”

Frontman Mick Jagger added that the song “was part of a group of songs we’d recorded quite recently. It just seemed to fit the times. When I went back to my lyric book and looked at it, it was a song about being a ghost after a plague. Obviously I threw in a few more current lines, and then redid some of the vocals and I redid bits of my guitar and stuff. Now I’m singing on some of the other ones that we did from that time period, finishing those off, too.”

They’re considering releasing those tracks soon. Richards revealed, “I think we have five, six, or seven tracks we’ve slowly been putting together. Right now, seeing if this thing’s going to go on, maybe we should think about putting them out in another way.”

Aside from music, Jagger has been working on other projects like documentary films and keeping himself fit by exercising. And like every other musician on the planet, he’s been looking forward to being back on stage. And as for retirement, it’s still not an option for The Rolling Stones.