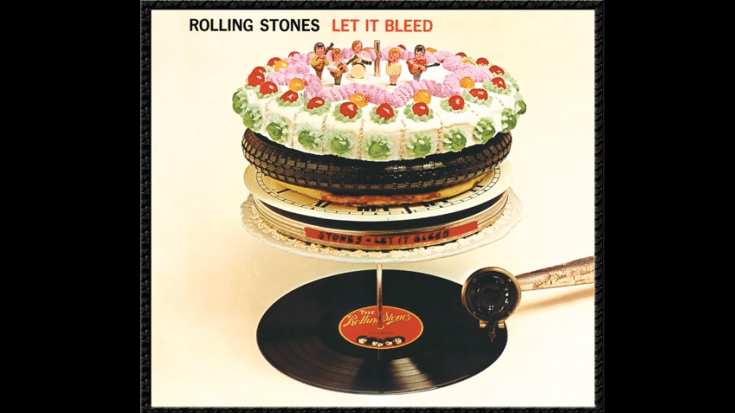 “Let It Bleed” serves as the follow-up to The Rolling Stones’ 1968 LP “Beggars Banquet.” It wasn’t the best time for the band because co-founder Brian Jones’ heavy drug use was taking a toll on him, making him increasingly unreliable during their recording sessions. He was fired halfway through the production and the band brought in Mick Taylor as replacement.

Despite the bumps in the road, The Stones pushed on. “Let It Bleed” ended up becoming a hit on both sides of the Atlantic. The LP is not without flaws but it was their strongest and most consistent studio effort at the time. They found their identity and sound. These are five songs that best summarize the album.

It’s the country version of their 1969 single “Honky Tonk Women”. Guitarist Keith Richards said: “On Let It Bleed, we put that other version of ‘Honky Tonk Women’ on because that’s how the song was originally written, as a real Hank Williams/Jimmie Rodgers, ’30s country song. And it got turned around to this other song by Mick Taylor, who got into a completely different feel, throwing it off the wall completely.”

A dark blues tune, the inspiration behind the song is the Boston Strangler Albert DeSalvo. It’s a dramatic number whenever they performed this live and the audience would go nuts. Mick Jagger recalled: “That’s a song Keith and I really wrote together. We were on a holiday in Italy. In this very beautiful hill town, Positano, for a few nights. Why we should write such a dark song in this beautiful, sunny place, I really don’t know. We wrote everything there – the tempo changes, everything. And I’m playing the harmonica in these little cafés, and there’s Keith with the guitar.”

The title track features Ian Stewart on piano and Bill Wyman on autoharp. Like several other Stones songs, there are references to drugs and sex. Because they recorded it after Brian Jones’ death and before Mick Taylor joined the group, Richards took over both the acoustic and slide electric guitar duties.

The Stones recently got together virtually to perform the song for the One World: Together At Home benefit concert in support of the COVID-19 relief efforts. Jagger said about the song before: “It’s a good song, even if I say so myself. It’s got a very sing-along chorus, and people can identify with it: No one gets what they always want. It’s got a very good melody. It’s got very good orchestral touches that Jack Nitzsche helped with. So it’s got all the ingredients.”

The opening track to “Let it Bleed” is also one of their most popular and enduring songs. Jagger and Richards drew inspiration from the political and social issues at the time. Jagger told NPR: “It was a very moody piece about the world closing in on you a bit … When it was recorded, early ’69 or something, it was a time of war and tension, so that’s reflected in this tune. It’s still wheeled out when big storms happen, as they did the other week [during Hurricane Sandy]. It’s been used a lot to evoke natural disaster.”