Fleetwood Mac | The 5 Songs To Summarize The Album “Rumours” 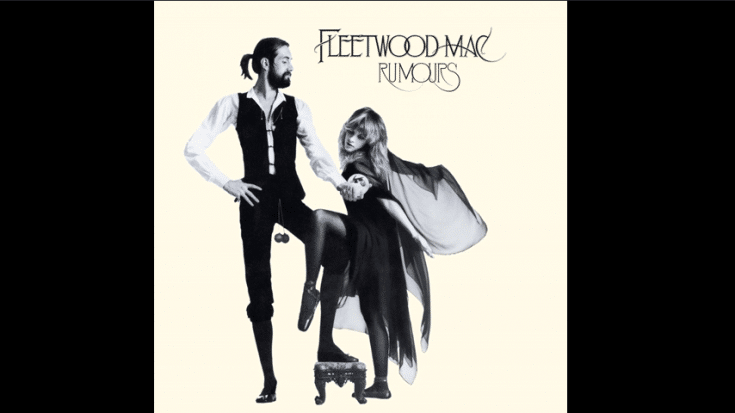 All The Best Tracks

Fleetwood Mac struck gold with their eleventh studio album “Rumours.” They wanted to maintain the momentum following the success of their eponymous 1975 LP and so they went back to the studio even if their own relationships were crumbling. So what the members did was  channel their anger, frustration, and sadness into their music – the result was something that most listeners could relate to.

The songs dominated the radio stations and basically defined an entire era. It wasn’t an easy album to make, that much is true. There was tension between them but they kept their professionalism even in the midst of relationship troubles. To sum up the LP, here are its five best tracks:

Even though his relationship with Stevie Nicks was in shambles, it was a productive time for Lindsey Buckingham as he penned several tracks for the LP including this one. Originally titled “Brushes,” Buckingham’s inspiration was another woman he met while touring following his breakup with Nicks. He referred to the song as a “miniature perception of things.”

One of Fleetwood Mac’s best songs in their catalog, it’s a composition by Christine McVie. At the time, her marriage to bassist John McVie was ending and she began an affair with their lighting technician Curry Grant. Although this song is about Grant, Christine told John that it was about her dog. She told Q magazine, “I thought I was drying up. I was practically panicking because every time I sat down at a piano, nothing came out. Then, one day in Sausalito, I just sat down and wrote in the studio, and the four-and-a-half songs of mine on the album are a result of that.”

Nicks was also going through a difficult time when she wrote this but she was passionate in getting it right. In fact, it took them hours in the studio before she found a take that she liked. There were speculations about what it’s about but Nicks finally set the record straight in an interview for VH1’s Classic Album series. She said, “”Gold Dust Woman” was my kind of symbolic look at somebody going through a bad relationship, doing a lot of drugs, and trying to make it. Trying to live. Trying to get through it.”

The first single from “Rumours”, it became their first top-ten hit in the US. It took over four months to develop the song and Buckingham worked on it in between shows for their Fleetwood Mac Tour. Post-breakup, Nicks and Buckingham were still on speaking terms but they were constantly arguing and yelling at each other. The bitterness in the lyrics wasn’t lost on Nicks who told Q magazine: “It was certainly a message within a song. And not a very nice one at that.”

One of their most popular songs, this was Nicks way of getting back at Buckingham after he brought “Go Your Own Way” to their recording sessions. She told The Daily Mail in a 2009 interview, “I remember the night I wrote ‘Dreams.’ I walked in and handed a cassette of the song to Lindsey. It was a rough take, just me singing solo and playing piano. Even though he was mad with me at the time, Lindsey played it and then looked up at me and smiled. What was going on between us was sad. We were couples who couldn’t make it through. But, as musicians, we still respected each other – and we got some brilliant songs out of it.”