The Rolling Stones’ Ronnie Wood Looks Visibly Annoyed Playing This Song… But Why? 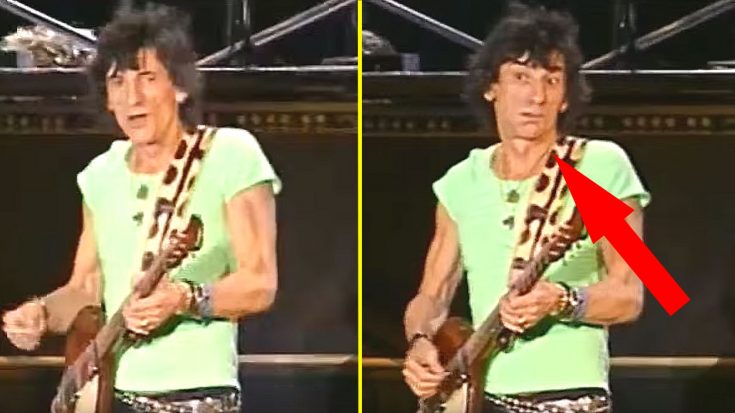 Ronnie Wood Does NOT Look Pleased!

Ronnie Wood has been a member of The Rolling Stones for quite some time now. If he didn’t already do it the first night he played with the band, he has now proven his status as a rock legend. He’s definitely earned his keep and no one can deny that. My point is, he’s definitely earned the right to get visibly frustrated on stage, I guess. That certainly appears to be the case, but why, exactly?

What you’re about to watch is a performance from The Rolling Stones where they take to the stage to perform their hit song Paint It Black. The performance is amazing as you’d expect, but wait until the (2:54) mark on the video and keep your eye on Ronnie Wood. Clearly, he’s annoyed at something, but we’re not sure what it is. Was it Mick Jagger? Was it Keith Richards? Was the sound guy? Was it life in general? See if YOU can figure it out!