The Rolling Stones Are Back In The Studio – And You Won’t Believe Who They Brought Along! 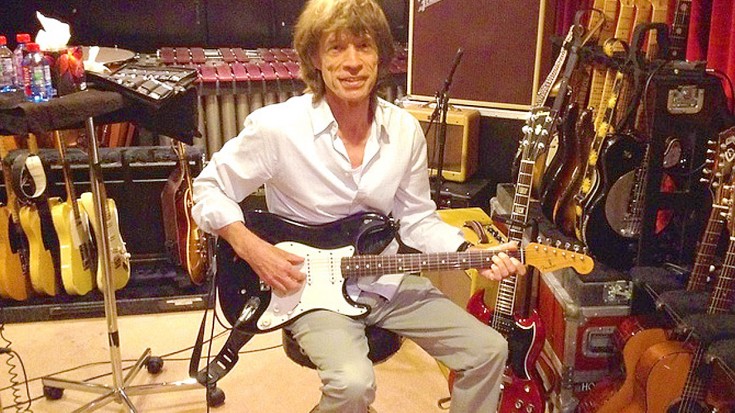 Talk About A Twist Of Fate!

Retirement suits some bands – but not British rock legends The Rolling Stones! With their Zipcode Tour and record setting free concert under their belts, the Stones are now onto their next great adventure – a brand new album, the band’s first since 2005’s A Bigger Bang and in true Rolling Stones fashion, this won’t just be any old rock album!

Due out later this year, the latest Rolling Stones album promises to be extremely blues heavy, signaling a return to the band’s blues roots for the first time in several years, and to help them achieve the sound they were looking for, the Stones enlisted the help of fellow rock legend and real life guitar hero Eric Clapton.

Sources say that Clapton ran into Mick and the gang while recording his latest album I Still Do at the same London studio, leading to the collaboration:

“Eric was in the next studio along so he came in to say hello. They ended up jamming and recorded two songs.”

All-star producer Don Was says that the two Clapton/Stones tracks are “the best thing he has ever done with the Stones” and to be honest, we’re inclined to agree. Clapton’s I Still Do saw his own return to his bluesy, JJ Cale inspired sound that made the album a pretty amazing trip down memory lane for Clapton fans, and that blended with The Rolling Stones’ return to their blues soaked rock and roll sound is bound to make for an exciting combination. No word yet on the album’s title or even a release date, so be sure to stay tuned to Society Of Rock for updates!