The Rockstars That Died In Their Fortys 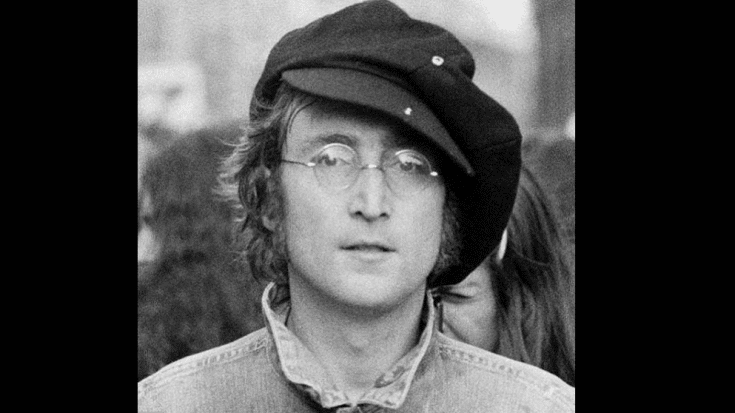 One of the greatest things about music is that it lives on forever, whether the one who created it is still alive or left the world earlier than expected. Although it is tough to say goodbye to such amazing talents, it leaves us with this funny feeling that you’re thankful for all they have produced, but you know that they had more great music in them.

From rock n’ roll superstars to jazz icons, these are some of the famous musicians who died in their 40s.

Elvis Presley
This artist who is considered as the “King of Rock and Roll” is one of the most beloved and famous music acts in history. Unfortunately, the music legend died at Graceland of a heart attack and he was only 42 years old back then.

As per his biography, Presley was dealing with personal issues outside of music such as splitting with his wife Priscilla, addiction to prescription drugs, among others. All of these resulted in declining his health condition which soon after led to his death.

John Lennon
One of the most iconic musicians and songwriters in modern music history, John Lennon, was born in Liverpool, England. He rose to mega stardom in the 1960s as a member of The Beatles — considered by many to be one of most important and influential bands to ever play.

He was just 40 years old at the time his life came to an end in 1980. He was shot and killed outside his apartment by an unhinged man.

Marvin Gaye
The legendary soul singer who was inducted into the Rock & Roll Hall of Fame in 1987 grew up under the watch of a violent father and took refuge in music as a kid. Unfortunately, things took a horrific turn for Gaye when he was shot and killed by his own father following an altercation on April 1984, just one day shy of his 45th birthday.

Chester Bennington
Considered as one of the most distinct, versatile, and powerful rock voices of the 2000s. He was the frontman of Linkin Park, a nu-metal group that hit the mainstream in the early aughts. Their debut album Hybrid Theory sold more than 30 million copies across the globe, and their 2003 album Meteora hit No. 1 on the Billboard Hot 200.

However, while Bennington had an impressive music career, he struggled with some deeply personal issues. The frontman suffered from depression and addiction, which he had dealt with since his teens. Bennington died by suicide at age 41 on July 20, 2017.

Whitney Houston
Legendary pop powerhouse Whitney Houston is one of the bestselling artists of all time (via Britannica), making it big with hits like “I Wanna Dance With Somebody” and an unforgettable cover of Dolly Parton’s “I Will Always Love You,” which was featured on the smash-hit soundtrack for Houston’s 1992 film “The Bodyguard.”

According to AllMusic, Houston was the first music artist to have seven hits in a row hit No. 1; her first two albums also went diamond platinum, further showing just how talented and beloved she was. No one’s done it like Whitney Houston.

After years of struggling with personal issues and drug addiction, the famous icon accidentally drowned in a bathtub while staying at a Beverly Hills hotel; other contributing factors listed were cocaine use and heart disease. Her supposed to be comeback did not go through because she died in 2012 at the age of 48.

Freddie Mercury
Indeed, one of the greatest singers of all time. Freddie Mercury was the once-in-a-generation talent who fronted the beloved British rock band Queen. He wasn’t just a phenomenal singer; he was a pure entertainer, but it wasn’t glitz and glamour in his personal life. The Queen lineup changed forever on November 24, 1991 when Mercury died following a very private battle with AIDS. He was 45 years old.

Adam Yauch
He’s one-third of legendary rap group Beastie Boys, who first shot to fame in the mid-1980s with their mega-successful 1986 debut album Licensed to Ill, per the Rock & Roll Hall of Fame. The New York City trio helped bring hip hop to the masses.

However, things took a turn in 2009 when Yauch was diagnosed with salivary gland cancer. Three years later, Yauch would die from it at the age 47, just weeks after the Beastie Boys were inducted into the Rock & Roll Hall of Fame.

Nat King Cole
Vocalist, pianist, and TV host, are just a few of the titles belonging to the iconic Nat King Cole. He was responsible for the creation of King Cole Trio, a group with which Cole first saw success in the 1940s.

On top of being a talented musician, Cole was very popular that he hosted his own variety show called “The Nat King Cole Show” in 1956. Cole was diagnosed with lung cancer in 1964 and passed away from the disease on February 15, 1965. He was just 45 at the time of his death.

Dolores O’Riordan
Cranberries lead singer Dolores O’Riordan was the voice of this successful band. Behind their fame and success, the singer battled with so many things. Depression, suicidal thoughts, and anorexia to name some. On January 15, 2018, Dolores O’Riordan died in her London hotel room. It is due to the result of an accidental drowning brought on by alcohol intoxication. She was 46 years old.

Scott Weiland
A talented singer and songwriter whose career spanned some three decades, was known to the masses as the singer for rock band Stone Temple Pilots and supergroup Velvet Revolver.

He wasn’t just known for his music, Weiland explained how he publicly struggled with addiction, using substances like alcohol, cocaine, and heroin while Stone Temple Pilots rose to stardom. It was a struggle he dealt with throughout his life. His life came to an end in 2015, when he died of an accidental overdose at age 48.

Billie Holiday
A true icon of jazz. With her unmistakably smooth-yet-compelling voice, she was able to define the genre during her career. When you listened to her music, she can surely catch your full attention.

While Holiday had a successful professional life, her personal life was chaotic. She struggled with alcohol and drug addiction and her heroin addiction is believed to have started in the early 1940s. Holiday was diagnosed with cirrhosis of the liver in May of 1959 and passed away just two months later when she was only 44 years old.

Joey Jordison
Donning twisted masks and a seriously heavy sound, metal band Slipknot burst onto the rock scene to close out the 1990s with their combative mosh-pit anthems and intense performances.

A few years later after he admitted that he was fired from Slipknot, he would tell the world about the health issues he faced around the same time. He was diagnosed with a neurological disorder called transverse myelitis. Unfortunately, this disorder impacted his ability to play.

Yet, Jordison would still play with the band Sinsaenum from 2016 up until his death. Jordison passed away in his sleep on July 2021 at age 46. However, his cause of death has yet to be released.