Kirk Hammet Makes A Mistake Playing “Nothing Else Matters” Then Hilarity 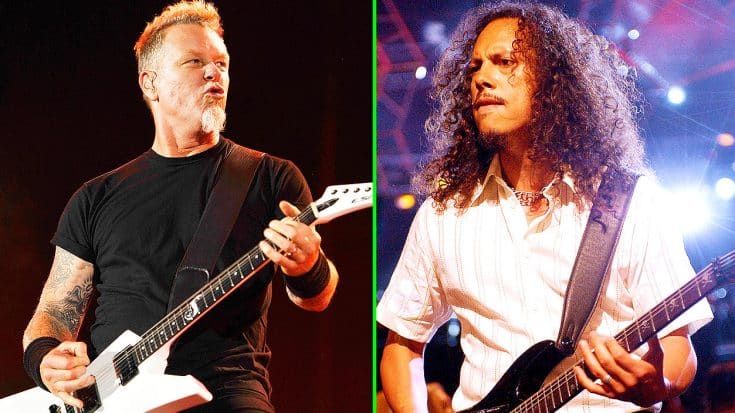 Rock stars and musicians are humans too. They can still mess up a chord or tune every now and then even if they’ve been playing the songs for years, and the legendary guitarist of Metallica, Kirk Hammett, ain’t no different.

On May 29, the band performed their headlining set at the Boston Calling music festival in Allston, Massachusetts. Metallica played a bit of Boston‘s “More Than a Feeling,” and when they’re about to kick off into their classic power ballad “Nothing Else Matters,” Hammett messed up the opening notes.

Being aware that he made a mistake, he slowly lays himself down on the stage and laughed it off. The crowd was cheering for him and when he got up, he went to the mic and said:

“Sorry, guys. You’re so kickass. I got distracted by how kickass you are.”

Watch the fan-filmed video below. Some of the comments said:

“He’s had trouble with that since the early 90s. Watch year and a half in the life of Metallica. He struggles with doing it then. He’s a brilliant player, everyone has strength and weaknesses.”

“Kirk is a great dude… he is humble and has written solos that kids will play for decades to come.. it’s all part of the fun..luckily the majority of us see this like fun and not a big deal.. get a life people..”

“So hilarious, so human, & so much self effacing humor. I guess that Hammett must be a good & regular guy in person. Hats off to Hammett.”