The Ringo Starr Songs That Other Beatles Wrote 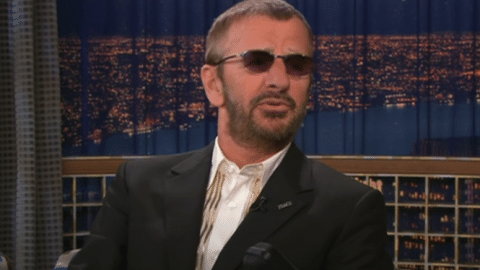 Ringo Starr may not be the most prolific songwriter but he’s the glue that kept The Beatles together. And while the other members allegedly had a bit of bad blood with each other post-breakup, Starr kept in touch with all of them and even collaborated with them frequently. For this list, we are looking back at Starr’s songs that his Beatles bandmates wrote:

One of Starr’s most popular songs, it was written by Paul McCartney. Even with its popularity, Beatles fans are divided whether it’s a gem in their catalog or a throwaway tune.

“I don’t actually know where they got the idea for it; I just felt it was a really interesting track for me to do,” Starr said. “I’d been doing a lot of covers. At that time I did either covers or something they wrote specifically for me.”

With A Little Help From My Friends

A collaborative effort between John Lennon and Paul McCartney, “With A Little Help From My Friends” has since achieved classic status. But during recording, there was one line that Starr refused to sing.

“The song ‘With A Little Help From My Friends’ was written specifically for me, but they had one line that I wouldn’t sing,” Starr recalled. “It was ‘What would you do if I sang out of tune? Would you stand up and throw tomatoes at me?’”

“I said, ‘There’s not a chance in hell am I going to sing this line,’ because we still had lots of really deep memories of the kids throwing jelly beans and toys on stage,” he explained, “and I thought that if we ever did get out there again, I was not going to be bombarded with tomatoes.”

Written by John Lennon, “I’m the Greatest” was the opening track of Starr’s third studio album. It became one of his signature songs. “”I’m the Greatest”? It’s the Muhammad Ali line… I couldn’t sing it, but it was perfect for Ringo,” Lennon said. “He could say, “I’m the greatest” and people wouldn’t get upset. Whereas if I said “I’m the greatest,” they’d all take it so seriously.”

I Wanna Be Your Man

Written mainly by McCartney with help from Lennon, “I Wanna Be Your Man” was first recorded by the Rolling Stones. When The Beatles record it, it was sung by Starr and he also performed it with his All-Starr Band during concerts.

Starr co-wrote it with Harrison and was the lead single of his 1973 album.