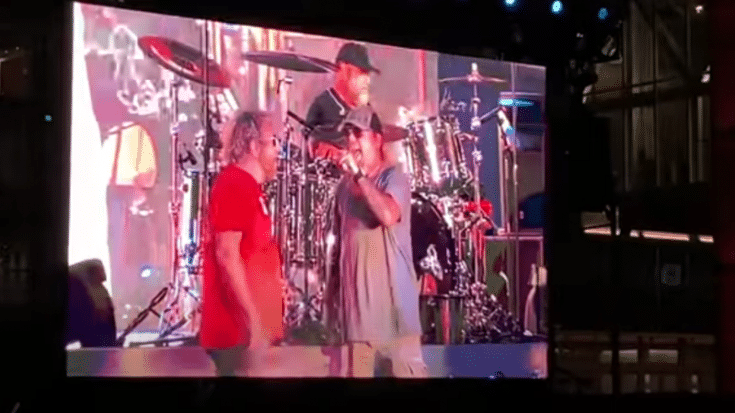 Sammy Hagar and the Circle held a concert at the Seneff Arts Plaza in Orlando, Florida last May 26. They brought in Mötley Crüe frontman Vince Neil as their surprise guest. Hagar and Neil then teamed up for their take on Led Zeppelin’s “Rock and Roll”. The spotlight was mostly on Neil as he took over the lead vocal duties with Hagar providing harmonies. Watch their lively performance below.

This isn’t the first time the two rock legends collaborated. They’ve shared the stage several times in the past like in 2018 when Neil appeared at Hagar’s show with the Circle in Huntington Beach. Neil even opened for them during their 2019 trek and he also appeared on Hagar’s Rock & Roll Road Trip.

Throughout the pandemic, Hagar has been pretty active online – participating in benefit shows, and livestreaming concerts. He recently joined forces with the Miraculous Love Kids / Girl With A Guitar to cover Steve Miller’s “Fly Like An Eagle”. He recorded his vocals remotely. And since live music is slowly making a comeback, Hagar and his band the Circle are some of the first rock acts to hold a full-scale concert post-COVID.