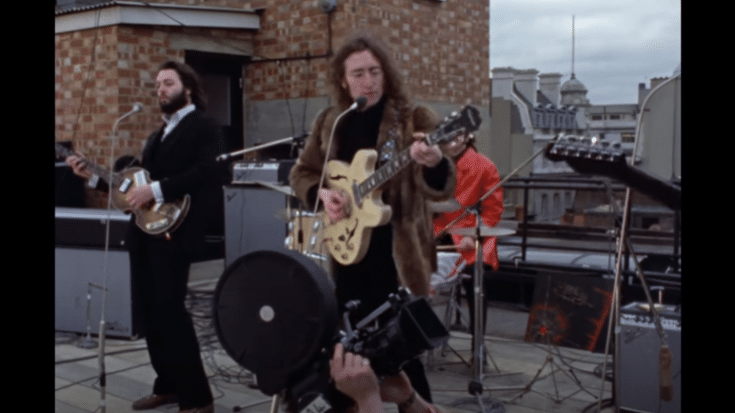 The Beatles were the voice of a generation. They made history over and over again with their albums, singles, and sold-out shows. And so it came as no surprise that towards the end of their career as a group, they wouldn’t bow out quietly. Instead, they did it with a bang.

By the late 1960s, they were no longer a solid and tight unit. There were mounting tension, conflicts, disagreements, and even bitterness among the members. During the recording of the White Album, their relationship with each other became more and more strained. Even drummer Ringo Starr, who was the least combative of them, was at the end of his rope.

They were supposed to play at a live broadcast event but it seemed like only Paul McCartney showed any interest. Ultimately, the whole project was abandoned.

George Harrison, who got tired of living in the shadow of John Lennon and McCartney, left them temporarily but eventually came back. However, instead of a live event, he reasoned they should just make a documentary that follows the making of their new album Let It Be. Michael Lindsay-Hogg was brought onboard to direct it and he wanted an ending to the film that would blow everyone away.

“There was a plan to play live somewhere,” Starr recalled. “We were wondering where we could go – ‘Oh, the Palladium or the Sahara’. But we would have had to take all the stuff, so we decided, ‘Let’s get up on the roof.’”

So on January 30, 1969, The Beatles went to the rooftop of the Apple Corps headquarters at 3 Savile Row along with a film crew. At the last minute, some of them wanted to back out.

“George didn’t want to do it, and Ringo started saying he didn’t really see the point,” Lindsay-Hogg told Rolling Stone. “Then John said, ‘Oh, fuck it — let’s do it.’”

And it turned out to be one of the most iconic concerts of all time.