The Real Story Behind ‘Hey Jude’ By The Beatles 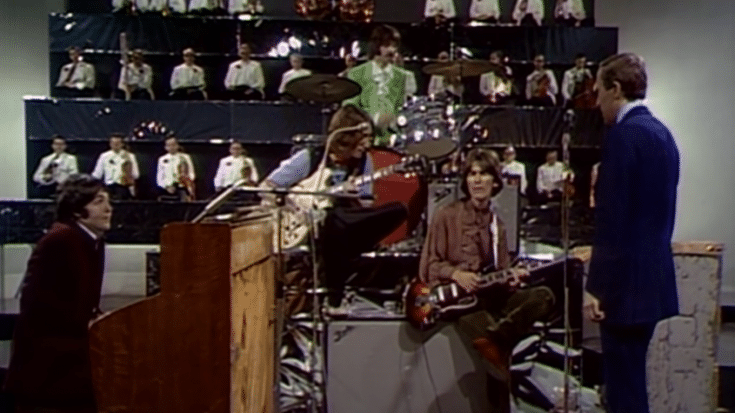 “Hey Jude” was released 53 years ago. It remains one of The Beatles best-known and most enduring classics.

Paul McCartney famously wrote this for John Lennon’s then-five-year-old son, Julian. Macca wanted to comfort Julian after John left him and his mother, Cynthia, for John’s new girlfriend Yoko Ono. Paul got the idea in June 1968 while driving his Aston Martin to Weybridge to visit Cynthia and Julian.

“I thought, as a friend of the family, I would motor out to Weybridge and tell them that everything was all right: to try and cheer them up, basically, and see how they were,” Paul recalled. “I had about an hour’s drive. I would always turn the radio off and try and make up songs, just in case… I started singing: ‘Hey Jules – don’t make it bad, take a sad song, and make it better…’”

“It was optimistic,” he noted, “a hopeful message for Julian: ‘Come on, man, your parents got divorced. I know you’re not happy, but you’ll be OK.’ I eventually changed ‘Jules’ to ‘Jude’. One of the characters in Oklahoma! is called Jud, and I like the name.”

After he got back home in Cavendish Avenue, London, he recorded a piano demo and on July 26, 1968, he played it for John.

“I finished it all up in Cavendish and I was in the music room upstairs when John and Yoko came to visit and they were right behind me over my right shoulder, standing up, listening to it as I played it to them,” Paul said, “and when I got to the line, ‘The movement you need is on your shoulder,’ I looked over my shoulder and I said, ‘I’ll change that, it’s a bit crummy. I was just blocking it out,’ and John said, ‘You won’t, you know. That’s the best line in it!’ That’s collaboration.”

John admitted to David Sheff that the song “is a damn good set of lyrics.”

In one interview, Paul shared that he often thought of John whenever he sang “Hey Jude”. Even John claimed that he “always heard it as a song to me.”

“Hey Jude” was a massive success. It also achieved classic status, and Paul continued to include it in his setlist decades later.