The Real Life Story Of Ozzy’s Scene In The Film “The Dirt” Is Much, Much Worse 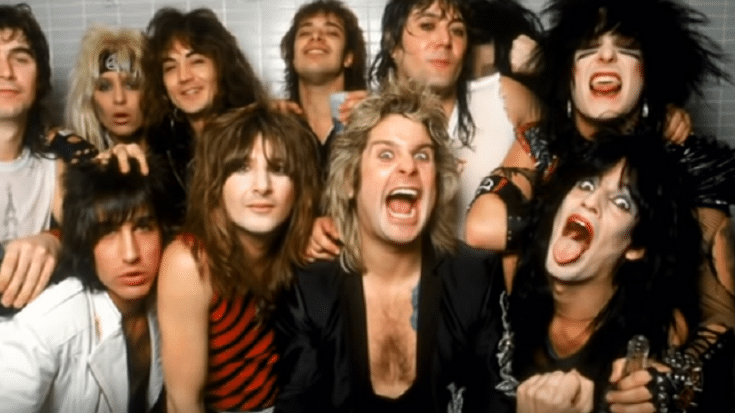 It Will Make Your Stomach Turn

Mötley Crüe’s biopic “The Dirt” was released last March 22 in Netflix and let’s just say, the reactions are wildly entertaining. It generated mixed reviews from critics but it got people talking. Most of those who have already seen it are taking to social media to air some of their feelings towards the wild rock ‘n roll lifestyle of the band.

The real life story of one of the most disturbing scenes in the movie is actually a whole lot more horrifying. One scene features The Prince of Darkness himself Ozzy Osbourne who, as we already know, had his share of crazy antics during his heyday.

The controversial scene happens in a swimming pool. This was in 1984 when the band was touring in support of Ozzy as his opening act. The members were lounging around at the pool when Ozzy arrived. Ozzy being his usual unpredictable self, flashed himself to some of the guests before nonchalantly asking Mötley Crüe for cocaine. Unfortunately for him, no one had anything so Ozzy then asked for a straw.

And one of the most infamous acts in rock ‘n roll happened – Ozzy snorted a line of ants. Not contented with that, Ozzy peed on the pool deck and began licking it. Nikki Sixx added his own piss to the puddle and Ozzy, to everyone’s horror and astonishment, licked it all up again.

Is that disgusting and gross? Well, it’s actually a bit tame compared to what actually happened according to autobiographical book The Dirt. Nikki Sixx revealed:

“I handed him the straw, and he walked over to a crack in the sidewalk and bent over it. I saw a long column of ants, marching to a little sand dugout where the pavement met the dirt. And as I thought, “No, he wouldn’t,” he did. He put the straw to his nose and, with his bare white ass peeking out from under the dress like sliced honeydew, sent the entire line of ants tickling up his nose with a single, monstrous snort.

He stood up, reared back his head, and concluded with a powerful rightnostriled sniff that probably sent a stray ant or two dripping down his throat. Then he hiked up the sundress, grabbed his dick, and pissed on the pavement. Without even looking at his growing audience—everyone on the tour was watching him while the old women and families on the pool deck were pretending not to—he knelt down and, getting the dress soggy in the puddle, lapped it up. He didn’t just flick it with his tongue, he took a half-dozen long, lingering, and thorough strokes, like a cat. Then he stood up and, eyes blazing and mouth wet with urine, looked straight at me. “Do that, Sixx!””

Not surprisingly, Ozzy Osbourne doesn’t remember a thing about that particular incident.