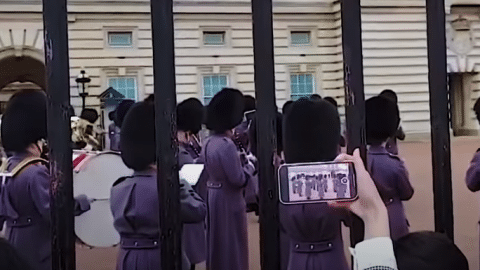 A video of the Queen’s Guard honoring the late singer Meat Loaf was uploaded on social media.

The clip was located outside the gates of Buckingham Palace, where members of the Queen’s Guard marching band were seen performing their arrangement of Meat Loaf’s hit song “I’d Do Anything for Love (But I Won’t Do That).” People who get to witness the tribute performance for the legendary artist got teary-eyed.

Grammy Award-winning rocker Meat Loaf died on Thursday, January 20 at the age of 74. He was reportedly critically ill with COVID-19 days leading up to his death.

“Our hearts are broken to announce that the incomparable Meat Loaf passed away tonight surrounded by his wife Deborah, daughters Pearl and Amanda and close friends.”

The iconic singer was outspokenly anti-vaccine and anti-mask mandate, in an interview, he said:

Meat Loaf contributed a lot of iconic songs to the music industry such as his ‘Bat Out Of Hell’ trilogy. His albums sold more than 100 million records and he is considered as one of the best-selling musicians in rock history.

Other artists like Bon Jovie, Brian May, and Alice Cooper paid tribute to Meat Loaf as a legendary icon and a friend.