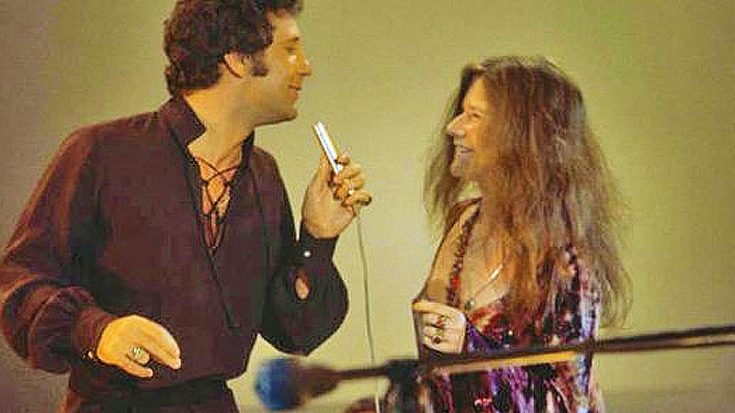 It’s a well known fact that the party didn’t start until Janis Joplin walked into the room – but when you mix Janis’ raw, earthy energy and zest for life with the intense sex appeal of Welsh superstar Tom Jones, the result was the most epic dance party you’ve ever seen on live television! On December 4, 1969 Janis stopped by This Is Tom Jones where after dazzling her audience with an emotionally charged, fiercely vulnerable performance of “Little Girl Blue” she returned to the stage with a vengeance and took both her audience and Tom Jones on the ride of a lifetime with “Raise Your Hand”.

Always a phenomenal performer in his own right, Tom held his own and kept up beautifully as he was swept up in the storm that was Janis Joplin’s stage presence, trading verbal licks and sending her into fits of joy when he let go and surrendered to her overwhelming energy. This wasn’t just your regular, run of the mill variety show but then again, nothing was ordinary after Janis was through with it; a dance party of epic proportions, it was impossible for their audience to sit still and before long, the private dance party between Janis and Tom turned into a mass of bodies twisting and turning and living in the moment. If you’re sitting still by the end of “Raise Your Hand,” do yourself a favor and watch it again; music like this was made for living and dancing, so get moving!