The One Unusual Factor That Sparked Pink Floyd’s Reunion 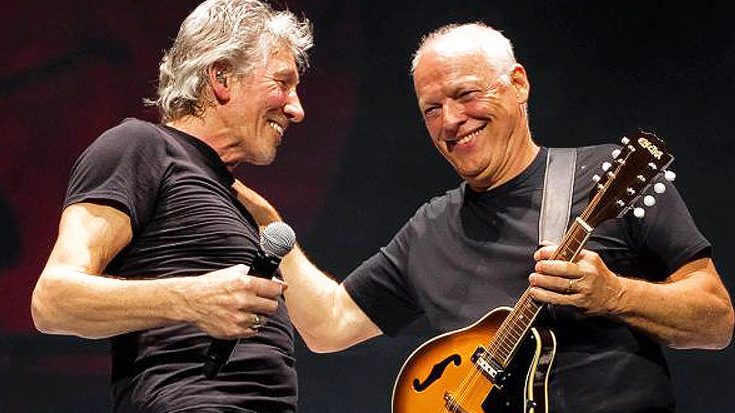 A Reunion that began with a joke

When Pink Floyd’s Roger Waters and David Gilmour reunited for a few exclusive performances together back in 2011, tensions were still running hot between the two. But in a recent interview with Classic Rock’s Prog Magazine Show, Waters opened up about the reunion and talked about how Gilmour’s terrible sense of humor had a hand in the band’s brief get together. According to Waters, it was actually Gilmour’s terrible sense of humor and a string of bad jokes that temporarily mended the burned bridge between the two legends, and put them back on the stage together for the first time since 2005.

Gilmour wanted him and Rogers to perform at a fashion show charity event for the Hoping Foundation, a charity that raises money for Palestinian children. At the event, Gilmour suggested that they cover the Teddy Bears 1958 No. 1 Hit “To Know Him Is To Love Him.” Gilmour thought the song was a perfect wink and nod to him and Water’s love/hate relationship, and their inability to break apart after numerous years of fighting together. Waters didn’t really find the joke funny, though.

“Finally, I’d heard enough, and I went, ‘I tell you what. I’m gonna be doing a few nights in the O2. You come and do ‘Comfortably Numb’ one of those nights, and I’ll do the bloody Hoping Foundation.’ And I thought he’d just go, ‘F*** off.’ And he didn’t. He went, ‘All right.’ So we did it.”-Waters revealed.

Luckily Gilmour said yes, because the performance of “Comfortably Numb” at the O2 was memorable indeed. Waters began the song solo, and when the chorus hit, Gilmour appeared at the top of “the wall” constructed on the stage and sang his part and shredded his patent solo in the song. You can enjoy a clip of the performance down below, and also check out the Teddy Bears hit that Gilmour wanted him and Waters to perform at that charity event. Imagine if they actually went through with this!? It’d make great comedy, that’s for sure!