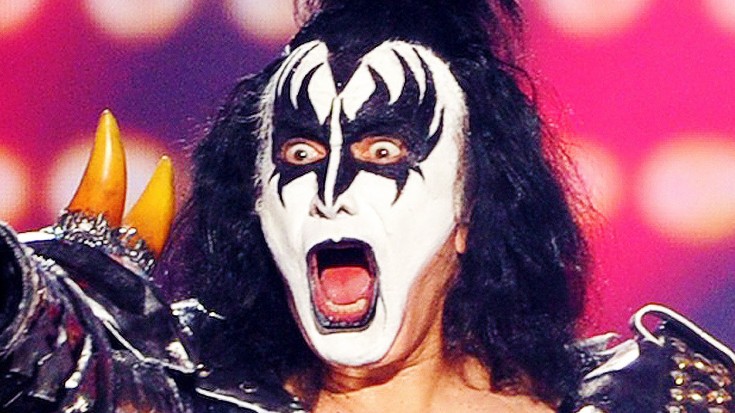 Gene Simmons wants to put the emotion back into shows

Gene Simmons and KISS are known for putting on one hell of a live performance. But there’s something Simmons (lead vocalist and bassist) can’t bear while attending and performing during shows in the modern age. In a recent interview with a radio show, Simmons sounded off on the audience’s use of technology during concerts, mainly criticizing the use of cell phones. Simmons professed his displeasure of people recording shows, texting during them and ultimately paying more attention to their screen than the performer on stage. Simmons claims that technology has made everything less emotional, saying back in the day people would cry and pass out at shows because they were so emotional.

“You know, when you get back home and look at your cell phone and the video there, and you go, ‘Oh, I don’t remember that from the concert!’ Well, of course you don’t, ’cause you were too busy texting or looking at your cell phone.”- Simmons preached

Recently, Apple obtained a patent that would prohibit phones from taking photos or recording video during concerts, movie theaters and other sensitive locations. Simmons and KISS have recently been kicking around the idea of heading back into the studio, however nothing has been confirmed as of yet. If another album is made, it’s probably inevitable a KISS tour would follow. It would be interesting to say the least how phones would be treated on that tour.

What do you think? Do you agree with Simmons, or do you enjoy the idea of using your phone to take pictures/film at concerts?