The New Preview For Elton John Film “Rocketman” Is HERE! 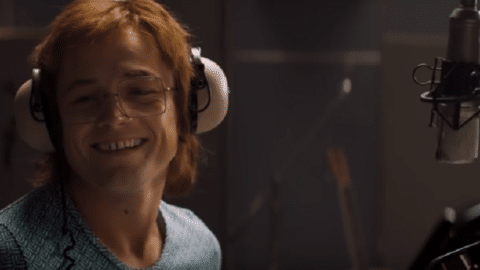 “Bohemian Rhapsody” set the bar incredibly high for biopics. And while we’re extremely happy with its massive success, we can’t help but think if there would ever be anything that would be on the same level in terms of overall greatness. Well lo and behold, Elton John’s new “Rocketman” trailer just dropped and we’re already digging it!

This film follows the journey and struggles of this iconic musician. One of the things that blew us away is Taron Egerton’s vocal chops. We already knew he could sing but dang, this movie showcased his golden pipes and we’re living for it!

“Elton said, ‘I don’t think I’ve heard anyone sing my songs better than Taron.’ And the great thing about Elton is that he wants Taron’s interpretations of his songs.” – Music producer Giles Martin

Everyone involved in the making of “Rocketman” kept on singing Taron’s praises including Elton John himself. And it’s pretty easy to see why. Taron truly did justice to the classic tunes and we can absolutely picture out Elton John beaming with pride watching him.

Tom Hardy originally landed the role but had to back out because of the singing. Now it seems like the part was indeed made for Taron. From the get-go, he’s perfectly suited for it.

Dexter Fletcher, who stepped in to finish Bohemian Rhapsody after Bryan Singer was fired, will direct Rocketman. It’s slated for release on May 31.