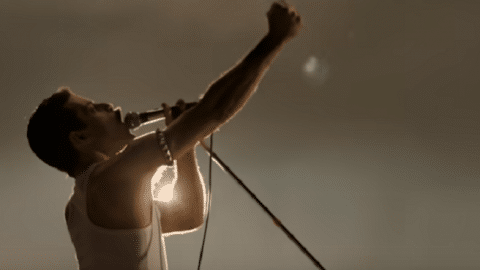 And Just When You Thought The Hype Was Over

It’s been almost a year since the epic biopic Bohemian Rhapsody was released but it might as well have been yesterday because it’s still breaking records!

While it received mixed reviews from film critics and was criticized for historical inaccuracies, it was still a massive box office success. It became the the sixth-highest-grossing film of 2018 and bagged several accolades from the Academy Awards, Golden Globe Awards, Screen Actors Guild, and BAFTA.

Recent reports show that it doesn’t stop there.

According to the Official Film Chart, Bohemian Rhapsody still tops the biggest selling movies of 2019. Since it was released on disc and digital download, it has sold just under 1.5 million copies and it also spent 20 weeks on the chart.

Check out the rest of the films that made it to the top 10.

What’s more impressive is the fact that even with just $50M budget, sales exceeded $900M! More than the numbers and the awards though, it made rock biopics cool again. It wasn’t the first but clearly, it now became the standard.