The Most Rock n’ Roll Things That Happened In The ’80s 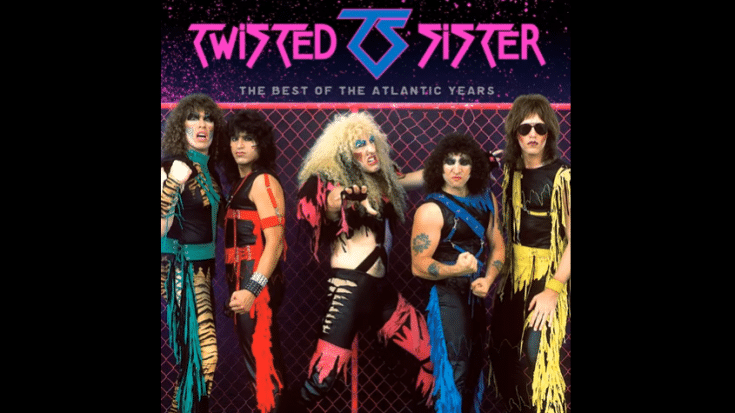 The 1980s was an interesting time not just in rock, but music in general. On one hand, there were still remnants from the golden era of the genre – those who favored hard rock and heavy metal. But on the other side of the rock spectrum is the burgeoning popularity of hair metal – or those who leaned towards pop-oriented catchy hooks and were slightly obsessed with fabulous hair and flamboyant outfits.

Here are events that defined the decade in terms of rock music.

5. A decade after their formation, KISS decided to take off the makeup that became their signature look. It was how they managed to stand out in the ’70s in the first place – by wearing face paint and taking on certain stage identities – Paul Stanley as the Starchild, Gene Simmons as the Demon, Ace Frehley as the Spaceman, and Peter Criss as the Catman. But in 1983 during an MTV interview, they revealed their faces for the first time. This was prior to the release of their 11th studio album “Lick It Up.”

According to Simmons, “‘Let’s prove something to the fans,’ Paul said, ‘Let’s go and be a real band without makeup.’ I reluctantly agreed. I didn’t know if it was going to work, but I heard what Paul was saying – there was nowhere else for us to go. We did a photo session just to see what it would look like. We looked straight into the camera lens. We were defiant. I made one small concession to the fans: I stuck out my tongue, to try to keep something that connected us with the past.”

On July 13, 1985, at Wembley Stadium in London, Live Aid featured an all-star lineup to help raise funds for the Ethiopian famine relief. They raised $127 million and thanks to the epic performances, some rock acts became legends after the event. For one, Queen not only stole the show but also established themselves as titans in the music industry.

Two months later on September 22, Willie Nelson, John Mellencamp and Neil Young organized Farm Aid to help family farmers in the US. Held at University of Illinois’ Memorial Stadium, Bob Dylan, Billy Joel, B.B. King, Roy Orbison, and Tom Petty were just some of the performers who helped raise $9 million. It has since become an annual benefit concert.

3. MTV debuted on August 1, 1981 and music was never the same. They officially launched with John Lack saying “Ladies and gentlemen, rock and roll.” The first video they showed was The Buggles’ “Video Killed the Radio Star” followed by Pat Benatar’s “You Better Run”. They followed the format of Top 40 radio and instead of a Disc Jockey, they had Video Jockeys or VJs. At the time, there weren’t enough videos and so they ended up repeating clips. Still, for the rest of the ’80s, several rockstars found themselves catapulted to global stardom when their music videos were on heavy rotation in MTV. Artists like ZZ Top and Bon Jovi scored massive hits because of their videos.

2. Before there were streaming services and digital downloads, there were a couple ways of listening to music – vinyl records, cassette tapes, and CDs. In 1982, Sony, Philips, and Polygram introduced Compact Disk or CD. The first prototype was made in 1979 and a year later, Sony and Philips joined forces to make it available to the public. The 5″ shiny and circular acrylic coated aluminum disk could play up to 80 minutes of music and required the use of a CD player. Six years later, CDs increased in popularity and began to outsell vinyl records.

1. After the hard rock and heavy metal of the ’70s, no one probably saw it coming – that the next decade’s trend would be musicians donned in spandex suits, tight leather pants, studs & spikes, animal prints, and heavily made up with fabulous hair too. On paper, it seemed like the antithesis of a rockstar. But in a way, it helped lure in mainstream audience. Def Leppard, Twisted Sister, and Mötley Crüe showed that purists and traditionalists may not approve but hair metal dominated the ’80s.