The Most Insane Things A Rockstar Got In Trouble With 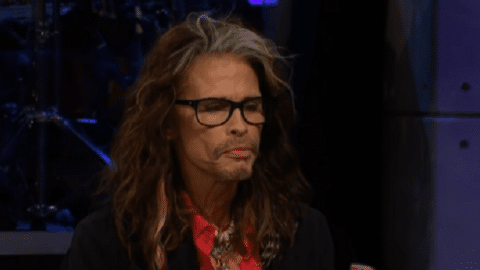 You Wouldn’t Believe Some Of These

Rock ‘n roll has no shortage of insane stories. While some are clearly myths, others are so incredible and outrageous that it’s hard to believe the truth. Rockstars having a run-in with the law is nothing new too. Take Jim Morrison, for example. The Doors frontman was arrested numerous times.

Maybe it’s because of the drugs and alcohol. Or maybe they saw the appeal in living life in the fast lane. Or maybe they think they’re untouchable just because they have fame and fortune. Either way, these stories go from insane to disturbing.

Buckle up because this is bound to be one crazy ride.

He also claimed that he “snorted half of Peru.” He was never shy about his drug use but he’s not proud of it either. He eventually sobered up.

“I have an addictive personality so I found certain drugs I loved and didn’t stop to the point of hurting my children, hurting my life, hurting my family, and hurting my band. There was a point where I didn’t have a band and I didn’t care.”

Not everyone can stare at death in the face and then make a song about it. It was when Nikki Sixx overdosed and the paramedic had to ‘kickstart’ his heart. When he woke up, he removed his IV, went home, and then did drugs again.

Once upon a time, RHCP performed live with nothing but socks on their private parts. This isn’t some intimate gathering by the way. We are talking thousands of people in attendance. This “socks on cocks routine” became so famous it became a trademark for the band. It takes a lot of balls to do that.

When Jim Morrison was high or drunk, he always took things to the extreme. From allegedly exposing himself to the audience to taunting a police officer or passing out on a random woman’s front porch, he didn’t have any control. And it was his substance abuse which affected his work with The Doors – especially during those days when he was already highly erratic. When he died at 27, his cause of death was listed as heart failure but many still find that suspicious.

Axl Rose was known for his temper. He could explode anytime and lash out to anyone – including his bandmates, other rockstars, and even his own fans. Guns N’ Roses almost lost a record deal because Axl was having one of his tantrums. During one concert, Axl Rose was pissed at a fan for bringing a camera. Not content with jumping him, he walked out and in a way, incited a riot. He even punched a female cop in 1987! And as we all know, it was this very attitude which caused him to have beef with Slash and his other bandmates.

He was arrested over three dozen times. He was mostly known for his disturbing onstage antics than his music. From self-mutilation to coprophagia, he was in it for the shock factor. He also repeatedly told his audience that he would commit suicide on stage. But he died due to a heroin overdose.

There are extreme stage antics, then there’s Iggy Pop. Attending his shows meant you should always be prepared for anything – racial slurs, him getting whipped, carving an X on his chest with a knife, spurting his own blood to the audience, the list goes on and on. His life on and off stage were marred with violence, drugs, and alcohol. He’s had his fill which is why he discouraged everyone from ever taking drugs.

“All can say is I don’t drug up anymore. I don’t do it. I have wine with dinner and that’s about it.”

He wouldn’t be called Moon the Loon for nothing. When he’s not destroying his drum kit, he’s playing practical jokes – some are harmless while others are downright offensive and destructive. When The Who appeared on The Smothers Brothers Comedy Hour in 1967, Moon loaded his drums with more flash powder than his usual. The result? The band almost got blown off the stage, actress Bette Davis fainted, and the blast was so loud that it resulted to long-term hearing problems for Pete Townshend. Moon died at 32 years old due to Heminevrin overdose.

The Prince of Darkness has done so many insane antics he deserves an entire list for himself. Snorting a line of ants, eating the ear off a live bat, pooping in an elevator, or even licking piss – name it, he’s probably done it. Most of these are attributed to his drug use which is why he can barely remember some of these stories. Not surprising, his drug use caused him to be booted out of Black Sabbath and according to him, that was one of the lowest points of his life. If it wasn’t for wife Sharon, he probably wouldn’t be able to go back up.