The Most Insane Stories In The Grateful Dead’s Career 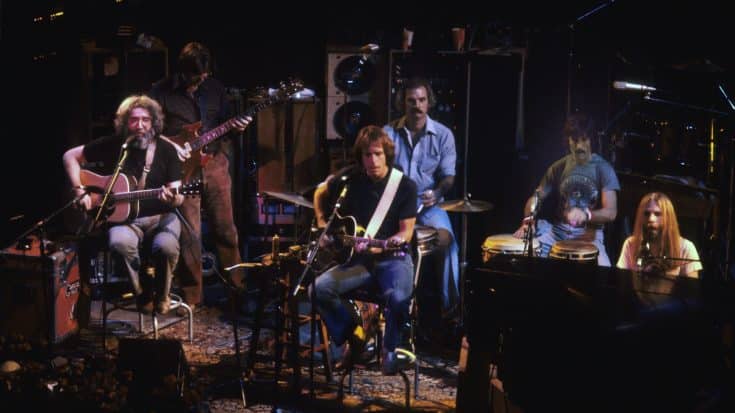 Just Listen To The Music Play

The Grateful Dead had a colorful three-decade long career. They weren’t everyone’s cup of tea but their influence and impact are undeniable. Besides, they’ve been dubbed as “the pioneering Godfathers of the jam band world” and they have sold over 35 million albums worldwide so it’s clear how much their music has touched lives.

But more than their eclectic style, unforgettable lyrics and imagery, and lengthy instrumental jams, the Grateful Dead has some interesting stories too – particularly with regards to their acid use.

These are the craziest and most unbelievable tales about them.

11. The Grateful Dead used to get stoned with Jefferson Airplane and then play softball against each other.

You can just imagine how funny those games would be! Keyboardist and Grateful Dead friend Ned Lagin revealed, “A fly ball would come towards Jerry and he would run around in a circle with his hands up in the air like he was praying to God, and the ball would land—plop—right on the ground next to him. He never got close to it.”

The Grateful Dead were never shy about their drug use but in 1967, the San Francisco Police Department raided their home in 710 Ashbury St. after a tip from an informant. More than a pound of marijuana was found and the band had to pay a small fine of $200 and no one served jail time.

There were so much drugs during Dead’s Europe ’72 tour that Donna Jean got knocked out. She recalled, “I was so stoned during one of the Paris shows that I found myself under [husband] Keith’s piano. And I remember thinking, “Wow, this is really fantastic music!” Then, “Oh, my gosh, I sing with this band!” I don’t know how in the world I pressed through.”

7. They have a strong connection to LSD.

We know they’re heavy LSD users but more than that, their sound engineer and the guy who designed their trademark skull logo is Owsley “Bear” Stanley. He’s known to be the first private individual who mass produced massive amounts of LSD. For two years (1965-1967), it’s estimated that he produced about five million doses of the drug.

6. During a concert, three fans were struck by lightning.

There was an intense storm which passed over the venue at the Robert F. Kennedy Memorial Stadium and three concert-goers were injured after lightning struck them. They were staying huddled under a tree when the lightning hit them. One sustained critical injuries while the two were in stable condition after they were brought to the hospital.

5. Bill Kreutzmann slept with 13 groupies in just one day.

After a show in a college town, the drummer got so much attention he ended up spending the day in bed with 13 groupies. Eventually, this became his lucky number.

John Belushi initially asked for permission to perform with the Grateful Dead but they said no. He couldn’t be stopped, apparently. So while the band was performing, he hopped on stage and did a cartwheel over to the mic. Then he joined the song and did the backing vocals.

To escape the drug busts, they retreated to Marin County. While there, they had one television set and when they saw Ronald Reagan, they took the TV outside and shot it 300 times.

2. The Grateful Dead once smoked weed at Al Gore’s house in Washington, DC.

Al Gore and wife Tipper had them as guests because Tipper was a huge Dead fan. When they had to excuse themselves, Woody Harrelson came with the band and smoked marijuana in the powder room. According to road manager Cameron Sears, “There’s a Secret Service guy standing outside the door. They open the door and it’s like a Cheech and Chong movie!”

1.During their appearance on a late night show, they found the entire crew tripping on acid.

When they were guests on Hugh Hefner’s “Playboy After Dark”, Owsley “Bear” Stanley allegedly dosed the coffee pot on the set during soundcheck. This resulted in odd behaviors and some technical glitches during filming e.g. cameras that were out of focus.