The Most Insane Stories From Slayer’s Career 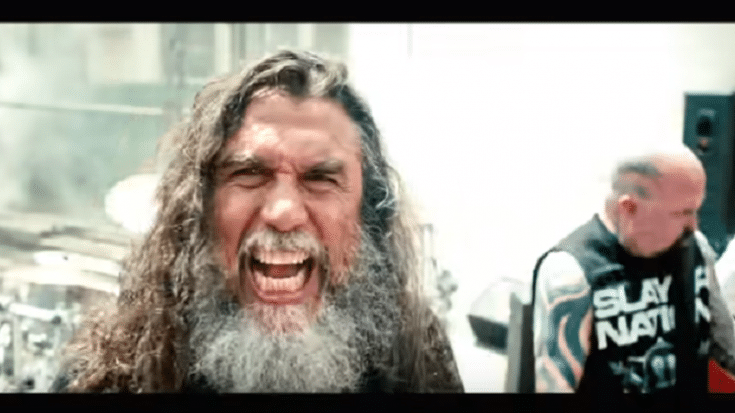 How Much Do You Know?

When Slayer announced their retirement in 2018 after 37 years in the industry, everyone from Dave Mustaine to Metallica had a say in it. No one actually believed they would retire – Anthrax’s Frank Bello once said, “Slayer is a way of life, not just a band.”

They’re still currently touring and may wrap up their Farewell Tour by the end of this year or early 2020. And so as a tribute to “one of the greatest thrash/ metal/punk bands of this or any age”, here are some of the craziest stories and facts about them.

The 1985 Ultimate Revenge Tour was one for the books. It was wild and chaotic but it still went down in history as one of the greatest heavy metal tours of all time. The lineup included Venom, Slayer, and Exodus. And while we know there were surely crazy things that happened, you won’t be prepared for what Slayer drummer Dave Lombardo revealed to Decibel magazine.

“We were all drinking; we were hammered. I think maybe Abaddon was there. Cronos was in the back of the bus. Then Tom stumbles in; it was our first time on a tour bus. Tom comes in, fucking punch-drunk, he was just fucking gone. He says, “Where’s the fucking bathroom in this thing?” Cronos, being Cronos, just says “Right here. Just piss right here.” So Tom pulled out his dick, and pissed on Cronos (laughs). We’re like, “Oh, shit!” Cronos gets up and just grabs Tom, I think his pants were still down, and punches Tom in the face (laughs).”

9. Their 1985 song “Hell Awaits” include a backmasked message.

They used audio effects to include a demonic-like voice saying “Join us” and “Welcome back.”

8. Guitarist Gary Holt wasn’t shy about his dislike for the Kardashians.

Celebrities seemingly made it cool to wear t-shirts with band names on them. In 2014, Kendall Jenner was seen wearing a Slayer shirt. It wasn’t long before Holt was photographed wearing “Kill the Kardashians.” In 2017, Holt said in an interview:

“It´s like… I don’t begrudge them for their money; I just fu*king hate people that are becoming superstars for doing nothing. Kim Kardashian was a closet organizer and then she did a sex tape and became famous for it, and now they stick their name on products, and I hate their guts. So my friend Jack actually made the shirt for me first, and then we decided to start our own little merch company No Love Apparel and sold them, and it became like a huge viral thing.”

“The funny thing is I didn’t know it wasn’t a word when I made it up. People do make up words, and when people make up words, you usually got to say ‘Hey, what does that mean?’ When you hear ‘repentless,’ you know exactly what it means. It means I have no regrets. I don’t look back at anything and have regrets. It’s just a way of living life. I first started making it up about Slayer but I made the chorus first, and I didn’t make this song up to be the title track.”

6. There were two other ’80s bands who called themselves Slayer.

One eventually changed their name to Dragonslayer. The one from San Antonio finished their album first but didn’t immediately release it. They received a cease-and-desist order to have their name changed. They then became S.A. Slayer.

5. Kerry King and The Beastie Boys didn’t like each other.

King played as a rhythm guitarist for The Beastie Boys. Slayer producer Rick Rubin revealed in an interview with Rolling Stone magazine:

4. Tom Araya once worked as a respiratory therapist.

He even used his earnings to finance their debut album “Show No Mercy.”

3. There’s an International Day of Slayer.

Okay, so this isn’t exactly crazy but it’s not something you normally associate with the band. During a stop in Indianapolis, they were out for a dinner with their assistant tour manager when a homeless man came up to them and offered the kitten for $1. They let her sleep on the bus and found her a new home too.

1. They were sued by parents of a murder victim.

In 1995, 15-year old Elyse Marie Pahler was brutally murdered and raped by Jacob Delashmutt, Joseph Fiorella and Royce Casey. Her body was discovered eight months later and Casey confessed that they actually went back to the corpse several times after her death to have sex with it. The trio admitted that they lured and killed her as part of a Satanic ritual.

Parents of the victim – David and Lisanne Pahler – claimed that Slayer songs like “Dead Skin Mask” and “Postmortem” had instructions on how to “stalk, rape, torture, murder and commit acts of necrophilia” on their daughter. Casey himself said that they were inspired by lyrics from “Altar of Sacrifice” – “High priest awaiting dagger in hand/Spilling the pure virgin blood.” The parents filed two lawsuits and both were dismissed.