The Lineup Evolution Of Motley Crue Through The Years 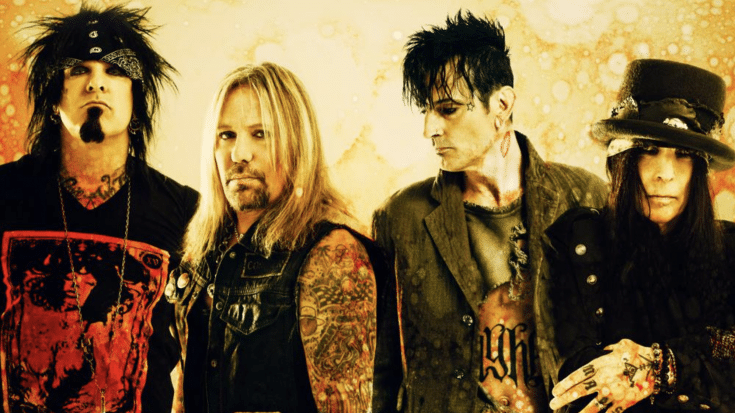 Motley Crue‘s first show was played on April 24, 1981 at Hollywood’s Starwood Hotel. The group quickly rose to the top, but disagreements about the band’s musical direction led to Vince Neil’s ouster in February 1992 and he decided to start his solo career.

About a year after, John Corabi joined Motley Crue to create a much heavier sound which was difficult to connect with some of the audience. A poorly attended tour and changing of creative directions caused Corabi to part ways from the band.

The original members of the band decided to reunite and start fresh together, resulting in a better received tour and music, though it didn’t last long with Tommy Lee wanting to explore other forms of music, thus the band replaced him with former Ozzy Osbourne drummer Randy Castillo but was soon diagnosed with cancer forcing him to off the tour; enlisting former Hole drummer Samantha Maloney played for the band and Castillo later claimed his life in March 2002.

Motley Crue’s original lineup was reunited after a two-year hiatus in 2004. In June of 2007, an injury forced Lee to miss two U.K. shows of the band’s summer tour therefore he reached out to Evanescence’s drummer Will Hunt. Two years passed another injury occurred putting Lee out of action and Sevendust’s drummer filling in.

In 2015, a tendinitis put off Lee for a handful of shows on the band’s farewell tour resulting to Alice Cooper’s drummer Glenn Sobel to fill his spot. In June of 2022, Tommy Lee said at the Stadium Tour crowd that he will be unable to play the shows in their entirety due to his four broken ribs, leading to veteran drummer Tommy Clufetos to fill in.