The Journey Of The Beatles In India 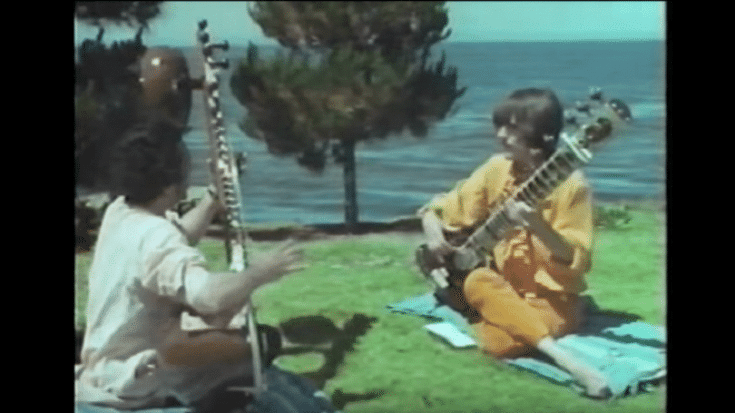 While they were initially in India to attend a Transcendental Meditation (TM) course, it became their most productive period in terms of songwriting. Not only did they manage to create several musical masterpieces but they also learned techniques that they incorporated in the creation of the tour de force White Album. India had such a profound impact on the band, their music, and their views.

Here are some facts about their historical journey.

7. A few months before The Beatles attended the Transcendental Meditation in Wales, George Harrison’s wife Pattie Boyd was already interested in spirituality. She then came across an ad in the newspaper about TM classes. She signed up for the Spiritual Regeneration Movement and told George about it. George wanted to explore meditation and so he urged his band members to attend Maharishi Mahesh Yogi’s lecture.

6. The Beatles weren’t the only celebrities at the Ashram. They were also joined by singer Donovan, actress Mia Farrow, and Mike Love from The Beach Boys.

5. Among the four of them, it was George and John Lennon who were most committed to the course. Cynthia Lennon said, “John and George were [finally] in their element [at the ashram]. They threw themselves totally into the Maharishi’s teachings, were happy, relaxed and above all found a piece of mind that had been denied them for so long.” In The Beatles Anthology, John revealed that he spent five days meditating and ended up writing hundreds of songs. He couldn’t sleep and was already hallucinating.

4. Unfortunately, not all of the Fab Four were into meditating. Ringo Starr left Ashram with his wife Maureen just after ten days. He had a tough time adjusting to the place – he didn’t like the accommodations and also had issues with the food because of his allergies. He even had to bring cans of Heinz baked beans with him to India.

3. Decades before Peter Jackson adapted J.R.R. Tolkien’s trilogy into a movie, it was first pitched to The Beatles while they were in Rishikesh. The head of Apple Films Denis O’Dell wanted to discuss the possibility of making The Lord of the Rings their next movie project. Jackson told Deadline in 2014, “John Lennon was going to play Gollum. Paul was going to play Frodo. George Harrison was going to play Gandalf, and Ringo Starr was going to play Sam. Paul was very gracious; he said, ‘It was a good job we never made ours because then you wouldn’t have made yours and it was great to see yours.’ I said, ‘It’s the songs I feel badly about; you guys would have banged out a few good tunes for this.”

2. Donovan showed his fingerpicking style to John and the Scottish singer even played with George. Donovan wrote in his autobiography, “In this way John began to write in a whole new way, composing ‘Dear Prudence’ and ‘Julia’ in no time flat.”

1. Most of the songs they wrote ended on the White Album and Abbey Road. But others were featured in their solo LPs or have remained in their vaults.