The Influence Of Vietnam War in Rock ‘n Roll 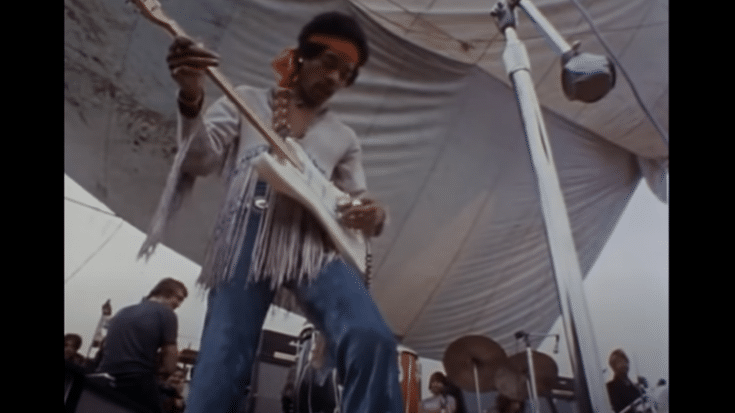 The Vietnam War lasted for 19 years and cost about $200 billion. Total military deaths were at 1.3 million while civilian deaths were around a million. In the US, over two million US Troops served in South Vietnam. Overall, it was bloody, it was costly, and it was one of the conflicts that brought together thousands of people and fueled a movement that defined the 1960s.

Although it was fought officially by North and South Vietnam, both sides had gathered support from their allies. The United States supported South Vietnam and while there was less than a thousand military advisors in 1959, President John F. Kennedy’s Military Assistance Advisory Group (MAAG) program further expanded and escalated the US involvement. Five years later, the number of US advisors ballooned to 23,000.

By the late 1967, US casualties had reached over 15,000 deaths and more than 100,000 injured soldiers. Americans were becoming increasingly aware of just how horrific the war is. So, they took to the streets to protest against the Vietnam War. But as it turned out, the conflict had a domino effect that reached US soil as well specifically what happened during The Kent State Shooting when National Guardsmen opened fire on students protesting at Kent State University in Ohio, killing four of them and wounding nine others. Ten days later, police killed two students protesting at Jackson State University in Mississippi.

And with all that’s happening in the 1960s, musicians could no longer stay on the sidelines, observe from afar, and do nothing. At the time, there was no internet and no social media. So they used the most effective platform in their arsenal – music.

The Vietnam War spawned countless protest songs which remain relevant today. It began with folk artists and but it gradually crossed over to rock until the end of the decade saw the biggest rock acts making their stand against the war, one song at a time.

From Phil Ochs’ Vietnam Talking Blues to Bob Dylan’s A Hard Rain’s a-Gonna Fall, folk was at the forefront of the anti-war movement – powerful statements sung over simple arrangement. Dylan wrote in his memoir Chronicles: Volume One, “After a while you become aware of nothing but a culture of feeling, of black days, of schism, evil for evil, the common destiny of the human being getting thrown off course. It’s all one long funeral song.”

The Animals’ cover of We Gotta Get Out of This Place became popular with the US Armed Forces members who were stationed in South Vietnam. Soldiers often requested the American Forces Vietnam Network disc jockeys to play it. A survey made among veterans concluded that it was the song that resonated deeply with them. It was even dubbed as “the Vietnam Anthem.” The Animals frontman Eric Burdon explained that it “became an anthem for different people – everybody at some time wants to get out of the situation they’re in.”

And in 1966, there were several clashes between hippies and the authorities on the Sunset Strip in Hollywood, California known as the Sunset Strip curfew riots. It eventually inspired a couple of songs – Plastic People by Frank Zappa and The Mothers of Invention, Daily Nightly performed by The Monkees, Riot on Sunset Strip by The Standells, Safe in My Garden by The Mamas and the Papas, and perhaps the most iconic track was For What It’s Worth by Buffalo Springfield. Upon its release, it became well-known protest song.

And of course, there was the iconic Summer of Love in 1967. The hippies made it no secret how much they opposed the Vietnam War. Jefferson Airplane, with Grace Slick being the poster child of the Summer of Love, was just one of the rock acts who were against the war.

Rock ‘n roll did its part and more during the Vietnam War. Creedence Clearwater Revival’s Fortunate Son, The Box Tops’ The Letter, Country Joe & The Fish’s I Feel Like I’m Fixin to Die, and Jimi Hendrix’s historic performance of The Star-Spangled Banner at Woodstock – without a doubt, rock music effectively got its message across.