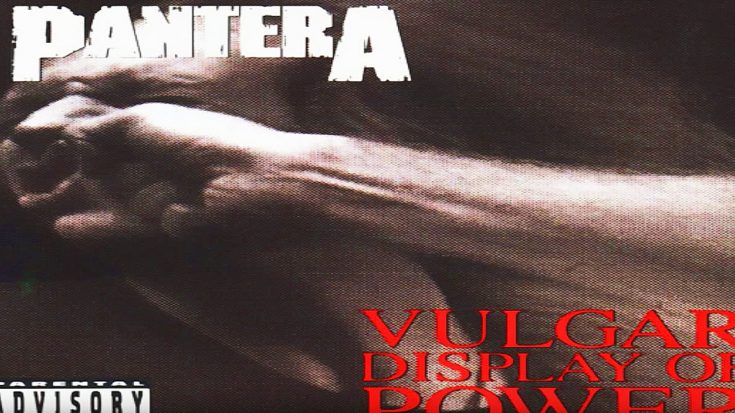 Even to this day, Pantera is widely regarded as one of the most iconic and influential bands ever. In a time when metal was becoming increasingly stagnant, Pantera was a sheer lightning bolt that jolted life back into the metal scene.

Known not only for their monstrously heavy music, but also for their debauchery, Pantera was always destined to be one of the most controversial, yet important bands not only in metal, but all of music. They were one of the best, pure and simple.

Arguably their best album, Vulgar Display Of Power was released on the 25th of February in 1992 and instantly cemented Pantera as a force to be reckoned with. Aside from the actual music itself, one of the most iconic things about the album is the cover.

The story behind the cover is one that is hilarious and painful all in one. In an interview on That Metal Show a few years back, drummer Vinnie Paul reveals just how they were able to get that image for the cover. See for yourself!