The Greatest Bassists Of The ’70s 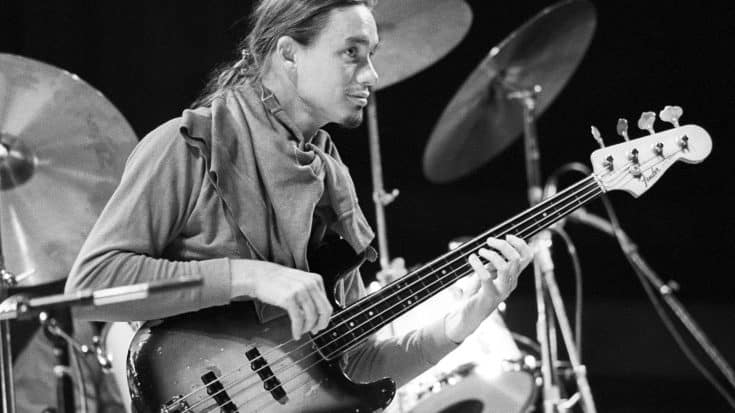 BERKELEY, CA - MAY 1979: Jaco Pastorius performs with Weather Report at the Greek Theatre in May 1979 in Berkeley, California. (Photo by Ed Perlstein/Redferns/Getty Images)

In every band, bassists are often the ones with the least spotlight shone on them. For the most part, they’re more than content blending in with the background and just doing their thing. But like other members of the group, their playing is essential to the overall sound. They rarely get the credit they deserve and they’re not as widely recognized as, say, the guitarist or the vocalist.

They’re often taken for granted but every other band member understands that without a good bass player, everything could crumble and fall apart easily. Bassists lay down the foundation for the song and elevate it to another level.

And now, it’s their time to shine.

As a bass player, he is often overlooked. Sure, he is not as flashy as others but he managed to create some of the most memorable bass lines in rock. He’s not as much of a virtuoso as John Entwistle but he can clearly hold his own even in the company of other greats. He’s wildly inventive and creative. He may not be in the top 5 skills-wise, but his playing always gets to your soul.

He was a genius through and through. And his mastery of the bass guitar made him a legend even among his peers. He laid down the foundation for several classic Yes hits like “I’ve Seen All Good People” which is incredibly complex and monstrous but still exquisite. His musicality made him great and though many have tried, no one could ever copy him and the way he played.

He’s one of those rock legends who prefer to live low-key even though they’re already a household name. When we mentioned earlier about bassists content being in the background, we mostly referred to him. Even on stage, he lets other members bask in the glory of spotlight while he’s on the sidelines just doing his job. For many of Queen’s musical masterpieces, they wouldn’t see the light of day if it weren’t for Deacon’s bass lines. He may not be much of a show-off but he’s still crucial to the band.

He has one of the saddest and most tragic stories ever. As a bass player, he had everyone worshiping the ground he walked on. He didn’t just re-invent bass playing, he also pushed the instrument to its limits. His skills are second to none and his work with Weather Report and Joni Mitchell further proved he was a virtuoso. He wasn’t as popular as other musicians but every bass player knows his name and how much influence he had on the next generation of bassists.

Geezer Butler was more than a bass player, he was Black Sabbath’s primary lyricist too. Without him and his brilliance, we probably would’ve never heard some of their greatest pieces. Butler contributed much to the band’s heavy and aggressive sound. His bass lines are dark, moody, but melodic.

Here’s the thing that separates Geddy Lee from others – he’s the bassist, keyboardist, and lead vocalist for Rush. He basically juggled three duties but still managed to do a spectacular job of each one. As a bass player, he never stopped learning and improving. He was always getting better and better. No one who saw him play live ever left disappointed. He incorporates techniques that’ll make you think, “How?” That raw talent is hard to beat.

James Jamerson remains the most criminally underrated bass player of all time. He is largely unrecognized even for some of his best works. From 1960s to the early 1970s, he helped shape the Motown sound. His fame came too late since he started to gain recognition long after he passed away. His groovy and funky bass lines are present in some of the biggest hits in music like Stevie Wonder’s “I Was Made To Love Her”, The Temptations’ “My Girl”, and The Supremes’ “You Can’t Hurry Love”. Jamerson’s musicality is incomparable and he has influenced countless other bass players like Victor Wooten, Suzi Quatro and most of those on this list.

Paul McCartney is more known as a singer-songwriter than a bass player. His inventive and innovative bass lines drove the songs not just for The Beatles but for Wings and his solo works too. And while most bassists take a backseat, Macca didn’t shy away from letting his bass playing shine. Case in point: Come Together. His musical creativity truly knows no bounds.

Other Led Zeppelin members always get credit except for JPJ. But without him, none of our favorite classic tunes from the band would exist. He’s their not-so-secret weapon. His bass lines are tastefully done – never meant to upstage others but only to add beauty to their overall sound. He’s a visionary and a multi-instrumentalist too. That says a lot about the man’s musicality.

He often lands the top spot in every “greatest bass player” list and for good reason. He provided the backbone of The Who’s sound. He was often flanked by show-offs – both Keith Moon and Pete Townshend enjoyed being on the spotlight. But it never bothered Entwistle. Besides, he knew how crucial his work was and he simply elevated the virtuosity of his bandmates. He let his music speak for him.