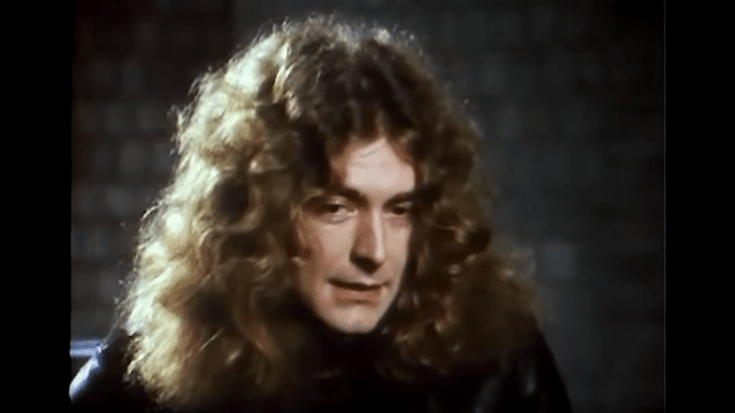 Before He Made It Big

In his heyday, Robert Plant had it all – looks, charisma, and talent. More than his powerful vocal range that many tried to duplicate but failed, he’s also a prolific songwriter and an absolute entertainer. Without a doubt, he knows how to captivate the audience and leave them in awe. Fronting one of the greatest rock acts in the ’70s, Plant set the bar high for other lead vocalists and frontmen.

And so we look back at five facts from his early life.

5. As a boy, he used to play soccer in West Bromwich. He eventually grew up being obsessed with the game. In fact, when he was already with the Led Zeppelin, he faked throat problems just so he could watch his team Wolverhampton Wanderers play.

4. He enjoyed collecting stamps instead of listening to music but that was before he heard Little Richard’s 1956 classic “Good Golly, Miss Molly.” Plant said via Daily Mail UK, “I was a 13-year-old boy in Kidderminster when I heard Little Richard for the first time. My parents shielded me from anything that was worldly. I spent my time searching feverishly through my stamp collection or working on my Meccano, and then someone played me Good Golly, Miss Molly. The sound! It was fantastic, indescribable.”

3. He may be worth over $150 million today but before he catapulted to fame, Plant was a construction worker for the Wimpey firm in Birmingham back in 1967.

2. Before he pursued a career in music, Plant studied to become an accountant – which was what his father wanted. He quit after a few weeks.

1. He wasn’t Jimmy Page’s first choice as Led Zeppelin’s singer. Page initially approached Terry Reid. When Plant auditioned for Page, he sang Jefferson Airplane’s “Somebody to Love.” Page said, “When I auditioned him and heard him sing, I immediately thought there must be something wrong with him personality-wise or that he had to be impossible to work with, because I just could not understand why, after he told me he’d been singing for a few years already, he hadn’t become a big name yet. So I had him down to my place for a little while, just to sort of check him out, and we got along great. No problems.”