Witness The Eagles’ Premiere Of “Take It Easy” Live In New York, 1972 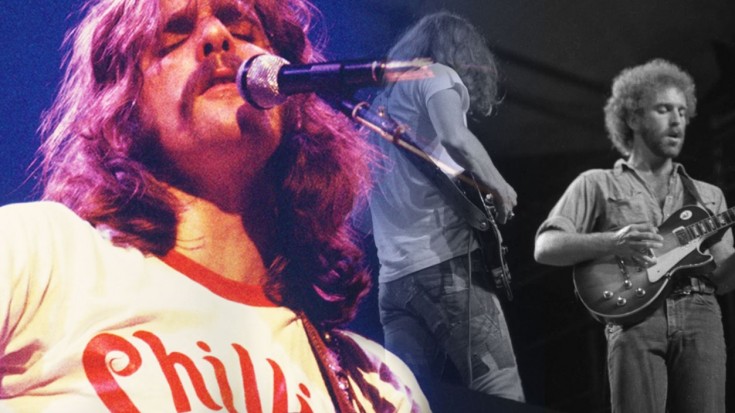 1972 was a fantastic year for the Eagles; with a solid lineup and a wildly successful debut album, the boys embarked on their first tour, taking their first mega hit ‘Take It Easy’ on the road to the delight of their growing fan base. It was their show in New York’s Central Park that solidified the Eagles as a major force in the music world, and more or less the moment the world fell in love with their easy, breezy brand of rock and roll that was equal parts Jackson Browne and Beach Boys – solid lyrics combined with killer harmonies.

This performance is absolutely fantastic, and we’re so glad we found it!

Fun Fact: ‘Take It Easy‘ was a gift from singer-songwriter Jackson Browne, who had a hard time finishing it until Glenn Frey added, “…such a fine sight to see, it’s a girl, my Lord, in a flatbed Ford…”.

Vocalist Glenn Frey is flanked nicely by the vocals of drummer Don Henley and former bass player Randy Meisner, and though we know now the strife that would eventually tear the Eagles apart in later years, it’s awesome to see them as they were meant to be seen; good friends who just really, really liked playing good old fashioned rock and roll together!