The Curious Story Behind Paul McCartney’s “Band On The Run” 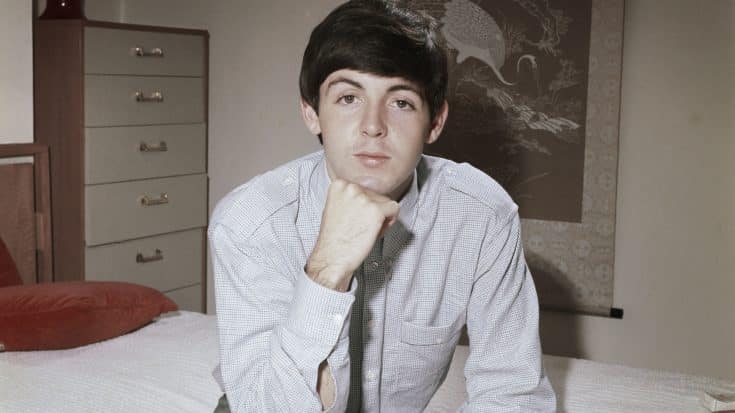 LONDON - CIRCA 1964: Bassist Paul McCartney of the rock band "The Beatles" poses for a portrait sitting on a bed in circa 1964 in London, England. (Photo by Michael Ochs Archives/Getty Images)

Paul McCartney released a song called “Band on the Run” back in 1973. The music turned out to be Macca’s 15th track after leaving the Beatles. The song also became a big hit and sold 6 million copies worldwide.

The idea of “Band on the Run” started during a business meeting of The Beatles at the end of the 1960s, where George Harrison made an interesting comment. McCartney recalled:

“It started off with ‘If I ever get out of here.’ That came from a remark George made at one of the Apple meetings.

“He was saying that we were all prisoners in some way, some kind of remark like that. ‘If we ever get out of here,’ the prison bit, and I thought that would be a nice way to start an album. A million reasons, really. I can never lay them all down. It’s a million things; I don’t like to analyse them, all put together. Band on the run – escaping, freedom, criminals. You name it; it’s there.”

The song talks about criminals getting out of jail. The legal community thought that McCartney’s band were doing illegal things and had an argument about the song. McCartney needed to explain that they weren’t criminals and said:

“We were being outlawed for pot … And our argument on [‘Band on the Run’] was ‘Don’t put us on the wrong side … We are not criminals, and we don’t want to be. So we just made up a story about people breaking out of prison.'”

Even though his previous drug charges made it still difficult for him to tour outside of the UK, “Band on the Run” reached at number one in the United States, which assured McCartney that he was back and bigger than ever.