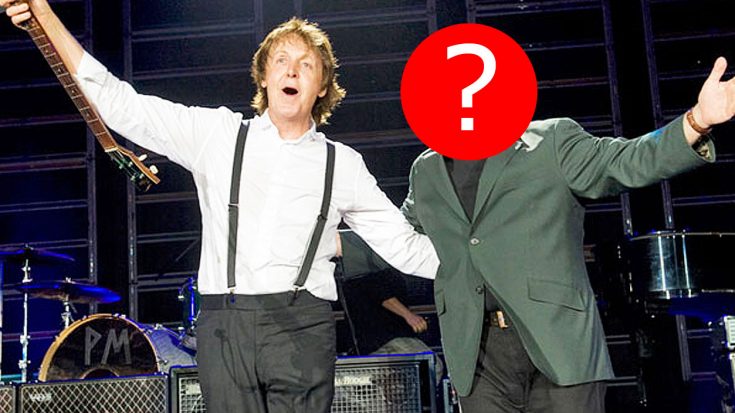 There’s really not a whole lot that I have to say to convince you that Paul McCartney is truly one of the most important people in music today. He alongside his fellow Beatles members reshaped the music game forever. Without these fine gentlemen, music would probably not have evolved into global sub-empire that it has become today. Many could argue that though it is a group effort, Paul McCartney was the brains behind the whole operation, but anyway, let’s get back to the topic of the video.

What you’re about to watch is a video in which Paul McCartney takes to the stage to sing the iconic smash hit I Saw Her Standing There, but before he starts the song, he brings out a surprise guest on stage. What makes this moment so special is the crowd’s reaction to just who the guest is. The cheers are deafening! See for yourself!