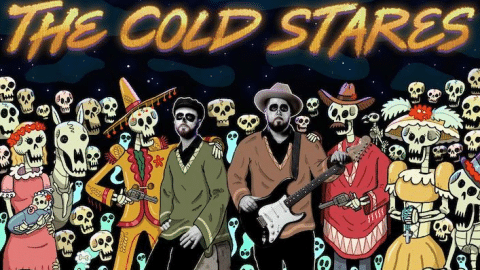 Rock is very much alive in 2021. And in case you still think most of today’s musicians only gravitate towards popular music, we beg to disagree. If you’re still skeptical, just check out this band called The Cold Stares. They’re set to release their new album “Heavy Shoes” on August 13, 2021 via Mascot Records.

With their own brand of blues rock, it’s raw and authentic. Since forming in 2010, The Cold Stares have always been big on storytelling and their upcoming record is no exception thus making their lyrical content pretty interesting. They often draw inspiration from their own personal experiences.

Singer-guitarist Chris Tapp explains, “I’m writing from the point of Edgar Allan Poe and William Faulkner. It needs to have weight to it.”

“There’s not really anything that bothers me to talk about,” he adds. “When you don’t allow yourself to be human and say what’s happened to you, then you make other people that are going through tough shit think that they’re alone.”

“Heavy Shoes” is their heaviest album to date. They recorded most of it at Sam Phillips Recording Studio, Memphis while the remaining tracks were recorded in Indiana. Listen to their song below and let us know what you think.