Relive The Songs Written By Paul McCartney And John Lennon 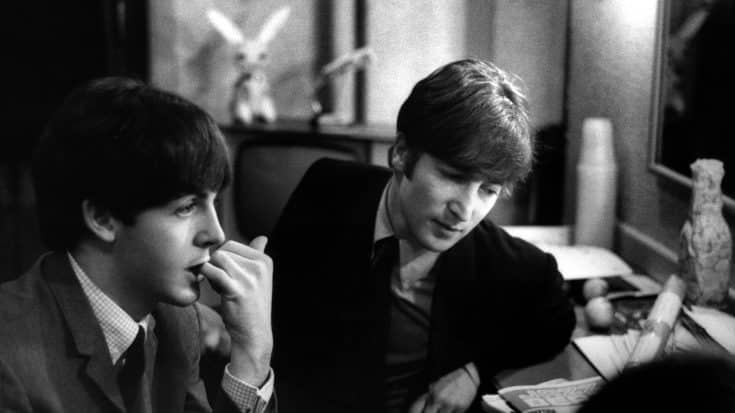 John Lennon and Paul McCartney are two of the most prolific songwriters of all time. Between the two of them, they have managed to write some of the most unforgettable and enduring songs in rock ‘n roll. Individually, they are musical geniuses but together, they’re truly a force to be reckoned with.

For this list, however, we will only be taking into account songs which both Lennon and McCartney worked on together not those which have been written by only one of them but credited to Lennon-McCartney. Even if they only contributed one line, we’d still consider that.

This is a combination of two unfinished songs – Lennon’s One of the Beautiful People and McCartney’s chorus.

“That’s a combination of two separate pieces, Paul’s and mine, put together and forced into one song. One half was all mine. [Sings] ‘How does it feel to be one of the beautiful people, now that you know who you are, da da da da.’ Then Paul comes in with [sings] ‘Baby, you’re a rich man,’ which was a lick he had around.” – John Lennon

Although it topped the US Billboard Hot 100, Lennon was very vocal about his dislike of the song.

“I remember writing that with John, at his place in Weybridge, from something said by the chauffeur who drove me out there.” – Paul McCartney

This is proof of the two songwriters’ juxtaposition when writing lyrics.

“In We Can Work It Out, Paul did the first half, I did the middle eight. But you’ve got Paul writing, ‘We can work it out, we can work it out’ – real optimistic, y’know, and me impatient: ‘Life is very short and there’s no time for fussing and fighting, my friend.'” – John Lennon

Mainly written by McCartney, Lennon contributed to the middle eight.

“That’s what made me think of the middle eight for Michelle: ‘I love you, I love you, I l-o-ove you.’ So… my contribution to Paul’s songs was always to add a little bluesy edge to them. Otherwise, y’know, Michelle is a straight ballad, right? He provided a lightness, and optimism, while I would always go for the sadness, the discords, the bluesy notes.” – John Lennon

The Beatles won over many fans with this track alone.

“John and I wrote She Loves You together. There was a Bobby Rydell song [Forget Him] out at the time and, as often happens, you think of one song when you write another.

We were in a van up in Newcastle. I’d planned an ‘answering song’ where a couple of us would sing ‘She loves you…’ and the other one answers, ‘Yeah, yeah.’ We decided that that was a crummy idea as it was, but at least we then had the idea for a song called She Loves You. So we sat in the hotel bedroom for a few hours and wrote it.” – Paul McCartney

It’s one of the songs Lennon was most proud about and for good reason.

“Paul helped with the middle eight musically. But all lyrics written, signed, sealed, and delivered. And it was, I think, my first real major piece of work.” – John Lennon

With the working title of Bad Finger Boogie, McCartney and Lennon wrote this specifically for Ringo Starr.

“That’s Paul with a little help from me. ‘What do you see when you turn out the light/I can’t tell you but I know it’s mine’ is mine.” – John Lennon

They worked on this song in the front room of McCartney’s home in Liverpool. It topped the charts for weeks!

“That’s Paul doing his usual good job of producing what George Martin used to call a ‘potboiler’. I helped with a couple of the lyrics.” – John Lennon

Lennon and McCartney wrote this “eyeball to eyeball” at Jane Asher’s home in London.

“I remember when we got the chord that made the song. We were in Jane Asher’s house, downstairs in the cellar playing on the piano at the same time. And we had, ‘Oh you-u-u… got that something…’ And Paul hits this chord and I turn to him and say, ‘That’s it!’ I said, ‘Do that again!’ In those days, we really used to absolutely write like that – both playing into each other’s nose.” – John Lennon

Mainly written by Lennon, McCartney’s contribution was the middle section.

“Paul’s contribution was the beautiful little lick in the song, ‘I’d love to turn you on,’ that he’d had floating around in his head and couldn’t use. I thought it was a damn good piece of work.” – John Lennon